The Ideal Age to Have Children 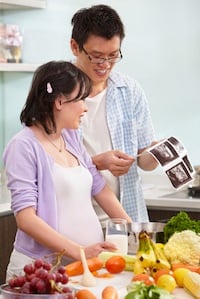 What’s the ideal age to start having children? IS there an ideal age? The inquiring minds at Gallup posed the question by telephone survey this past August to 5,100 people representing the full spectrum of American society. The polled public says women should start families at or before age 25. Do you agree? There’s a very real possibility you know a 25-year-old woman who would make an ideal mother. You probably know another one who still has a lot of growing up or settling down to do first.

Some other interesting results include:

Biological science suggests late teens and early 20s is the time a young woman is most likely to conceive and bear a healthy baby. Modern Western society, however, prefers that young women delay motherhood until after that age.

Babies have a tendency to arrive when they arrive, with little regard for public opinion, societal preference, or their parents’ birthdays. The US Centers for Disease Control and Prevention (CDC) says about 40 percent of the babies born in the US are unplanned anyway, which seems to indicate that, no matter what public opinion polls reveal, babies know best what’s the ideal age for a man and a woman to become parents.