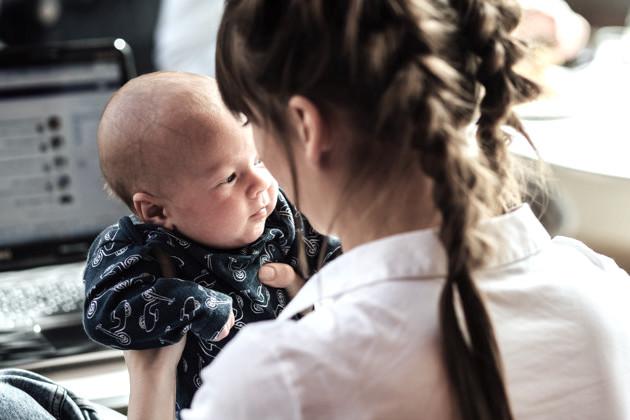 Women in the United States return to work quickly after childbirth – many go back after just three months and some return even sooner. The Family and Medical Leave Act allows 12 weeks of unpaid leave for eligible workers, but many women are not covered under the law or cannot afford to take six months of unpaid leave. In this study, published in the Journal of Health Politics, Policy, and Law, about 7 percent of mothers returned to work within six weeks of childbirth, 46 percent by 12 weeks, and 87 percent were working again six months after delivering a baby.

About 13 percent of mothers experience postpartum depression within the first year of childbirth. Symptoms of postpartum depression include severe mood swings, intense irritability or anger, loss of appetite, insomnia, difficulty bonding with the baby, and thoughts of harming oneself or another.

For this study, the researchers used data collected from the Maternal Postpartum Health Study that followed a group of 800 women for one year after childbirth. That previous study collected information at six weeks, twelve weeks, six months and twelve months.