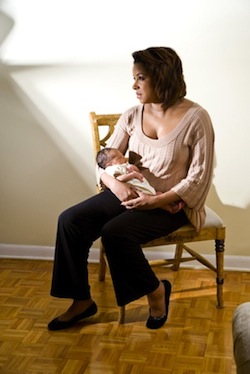 In 1971 just nine percent of children were born to unmarried parents in Canada – today that number is about 30 percent. The rise in unwed mothers is evident across the world, so researchers felt it necessary to find out just how relationship changes affected abuse risk, particularly partner abuse, substance abuse and postpartum depression.

Women who’d separated from their spouses within 12 months of having baby were the most likely to abuse substances, suffer abuse at the hand of their partner or suffer postpartum depression. Unwed mothers were next on the risk scale, but the longer the mothers lived with their partners the lower the risk factor fell with a significant drop noted after two years of cohabitation. At the bottom of the risk scale were married women. These results appeared across all three types of abuse.

About 11% of married women suffered at least one of the three forms of abuse compared to 20% of unwed mothers, 35% of single women and 67% of recently separated or divorced women. Researchers did not adequately look into the reasons for separations or divorce, so substance abuse, partner abuse or depression could have played a role in the failed marriage.

With the consistent rise of births occurring between unmarried couples, additional research into the impact of alternative relationships and the impact on abuse/depression may be warranted.