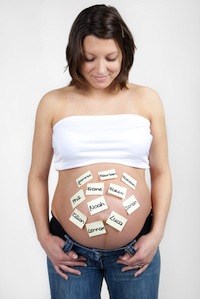 Some parents put a great deal of thought into naming their children. Others, well, maybe not so much.

The website, BabyCenter, tracks the 100 most popular baby names each year since 2000. That’s the 100 top names for girl babies and a separate top 100 list of boy’s names.

In 2013, Sophia and Jackson topped these lists. Jackson is the most popular boy name but spelled in different ways - Jaxon and Jaxson, for example. The list lumps them all together under just one spelling. The same for Sophia and Sofia.

Britain’s newest royal, Prince George, inspired enough parents in the US that the name George rose 10 percent in the boys list and 37 percent in the list of girls’ names. George dropped entirely out of the top 10 list in the United Kingdom, however.

The website also includes a list of unusual names for 2013. Each name in this list must have been given to a minimum of three children to be included.

And, yes, at least three children in 2013 were named Cheese.