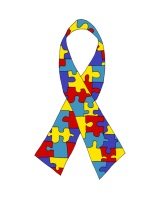 Although many factors influence a child’s risk of autism, a new study “like no other” indicates parental age as an influence on the child’s risk. Previous studies identified a greater risk when the father is of advanced age but this newest study indicates both parents’ ages play a role, and so does the age gap between parents.

This study, said to be the largest ever of its kind, took an international look at parental age and autism using national health registries in five countries: Australia, Denmark, Israel, Norway, and Sweden. In these five countries:

The research confirmed the role of paternal age but it revealed both parents’ ages are important to ASD development. The rate of autism was found to be:

When there’s a gap of 10 years or more between parents’ ages, the risk of autism becomes:

Previous research indicates genetic mutations are responsible for increased risk to children fathered by older men but this study suggests “multiple mechanisms are contributing to the association between parental age and ASD risk,” according to its authors. Abraham Reichenberg said this study shows “for the first time that autism risk is associated with disparately aged parents. Future research should look into this to understand the mechanism.” Reichenberg, a member of the study team, is a neuropsychologist and epidemiologist at the Mount Sinai Icahn School of Medicine in New York City and is affiliated with the Department of Psychosis Studies at Kings College London in the United Kingdom.

Michael Rosanoff, also an author of the research findings, describes the study as “like no other” due to its size, which “allowed us to look at the relationship between parents’ age and autism at a much higher resolution — under a microscope, if you will.” Rosanoff is a faculty member at the Department of Epidemiology at Columbia University’s Mailman School of Public Health in New York City and is Director of Public Health Research for Autism Speaks, an organization based in New York City that is widely recognized as the world leader in advocacy and scientific research on ASD.