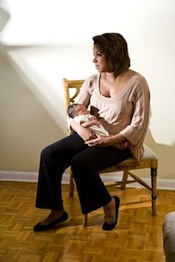 Researchers from the Murdoch Childrens Research Institute in Melbourne recently published a study in the journal Midwifery. The subject of the study was the status of physical and mental health in women 12 months after delivery.

Researchers supplied questionnaires to more than 1,500 women between six and 24 weeks pregnant. Questionnaires were completed at the time women were enrolled in the study and at three months, six months and 12 months post delivery. Researchers were looking for mental health issues associated with physical problems.

About 16% of women who filled out the questionnaires reported feeling symptoms of depression in the 12 months after giving birth. Physical symptoms were also reported with fatigue and back pain being the most prevalent, 67% and 47% respectively. Women also suffered from breast issues, perineum pain and urinary incontinence in the first three months.