Pollutants May be to Blame for Obesity 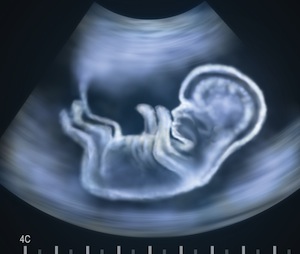 Researchers from Columbia University have linked an environmental pollutant to obesity when the mother is exposed to the pollutant during pregnancy. The environmental pollutant to blame for the increased risk of obesity is polycyclic aromatic hydrocarbons. These hydrocarbons are also known as PAH. Women in the study had infants who were twice as likely to be obese by the age of seven compared to peers when they came in contact with PAH during pregnancy.

PAH makes it into the air we breathe when fuels and tobacco are burned. Pregnant women breathe in the pollutants and the chemical somehow increases the risk of childhood obesity. Researchers noted that as many as 25-percent of children are now considered obese. Many experts believe childhood obesity is linked to reduce exercise, increased time spent watching television and sitting in from of video games and computers and increased consumption of fast foods and processed foods, but this study proves there could be another side to the story.

Researchers examined 702 pregnant women who did not smoke. All women ranged from 18 years to 35 years old; they were of Dominican or African-American ethnicity and they lived in areas in or around North Manhattan or South Bronx.

This is not the first time researchers have found increased body weight associated with PAH. In lab studies, rats weighed more with more body fat when they were exposed to PAH. There is a clear connection between socioeconomic status and weight, but even when this connection was taken into consideration – PAH still caused an increase in weight.