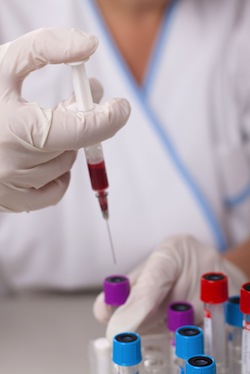 Syphilis is an on-going problem in Mexico. Each year more than 330,000 pregnant women test positive for syphilis. Syphilis can be passed to the infant; resulting in congenital syphilis in some cases. Researchers from Centrol de Investigaciones in Morelos, Mexico completed a cross-sectional study to update current syphilis status in pregnant women.

The study involved more than 2,300 women - all tested for T. pallidum seroprevalence. Four active, two latent and two congenital cases were found. Illiterate women were 6.7 times more likely to test positive. Higher risk was also associated with refusal of urine test and lack of running water in the home. All positive tests were from one hospital. The hospital demographic and standard of medical care was different in that hospital that the other three that participated in the study.

Researchers revealed that syphilis is still an issue with pregnant women in Mexico. Education and pre-screening tools, like rapid diagnostic tests, are important for overall care, reduction of morbidity (fetal, prenatal and maternal).