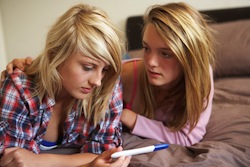 Emergency departments may be placing undue risk on teens who are pregnant, according to a report delivered at the American Academy of Pediatrics conference. When teens come into the emergency room with abdominal pain, they are often give radiation-based diagnostic testing before a pregnancy test is administered. Radiation can have harmful effects on the fetus.

Researchers gathered information from a national survey collected between 2000 and 2009. The women in the study ranged in age from 14 to 21. There were about 77 million women included in the study. Just 18.7% of the women were tested for pregnancy prior to receiving radiation-based testing. About 42% of the women reporting abdominal pain were tested. Patients receiving diagnostic testing with radiation known to cause birth defects were only tested in about 28% of cases.

Researchers were alarmed at the overall lack of pregnancy testing, but they were particularly alarmed by the number of women untested who reported abdominal pain, which could have been a sign of reproductive problems like ectopic pregnancy or miscarriage.

It is important to note that advances in medical technology are only as successful as the medical professionals that use the technology. Researchers associated with this study believe the need for effective and safe medical care are not met in the study population if simple pregnancy testing cannot be adopted across the board. Pregnancy testing can be included as part of normal blood tests ordered during most emergency room visits or established as a preliminary test for all women of childbearing age before further testing is ordered.