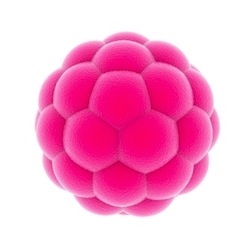 It is said that when lovers meet, sparks fly. Some even say they knew when conception occurred because they felt sparks during lovemaking. A new study suggests these love sparks may come from deeper within than our heads, our hearts, or our hormones. The study discovered a sparkling fireworks show that ignites when egg meets sperm and they’ve got the video to prove it.

Teresa K.Woodruff, the lead researcher for the study, doesn’t attribute these sparks to passion or hormones but to zinc. The entire body needs zinc for optimum health and the Woodruff study indicates we need lots of it for conception and healthy fetal development, too. She and her research team hope to learn enough about these conception-fueled zinc sparks that they will become a reliable measure of embryo viability during in-vitro fertilization (IVF) procedures.

Woodruff, an ovarian biology expert based at Northwestern University in Illinois, didn’t have the equipment she needed to actually measure and see what happens with all this zinc in the egg so she worked with a multi-disciplinary team of scientists, including advanced photon experts from the US Department of Energy, to create the unique equipment she needed. Their discovery is explosive.

At the moment of fertilization, the egg releases as many as 60 billion zinc atoms which appear as tiny sparks clearly visible when seen through the special equipment designed for the study. Zinc sparks continue in four or five waves over the next couple of hours. The researchers say the sparks are essential for embryo formation in the moments immediately following conception.

Thomas V. O’Halloran, a chemist who worked with Woodruff on the zinc study, says the conception-marking light show “is beautiful to see, orchestrated much like a symphony.” O’Halloran, who is director of the university’s Chemistry of Life Processes Institute, said he and Woodruff knew from previous studies that a massive amount of zinc is released from an egg at the moment of fertilization “but we had no idea how the egg did this.”

The egg requires a great deal of zinc to reach maturity but the researchers now think zinc is also a vital part of a “master switch” the egg uses to transform itself into a completely new organism. With further study and perfected technologies, the research team expects to use these zinc sparks as a means of measuring which embryos developed during IVF treatments are the most likely to grow into a healthy live baby that brings sparkles to the eyes of adoring new parents.