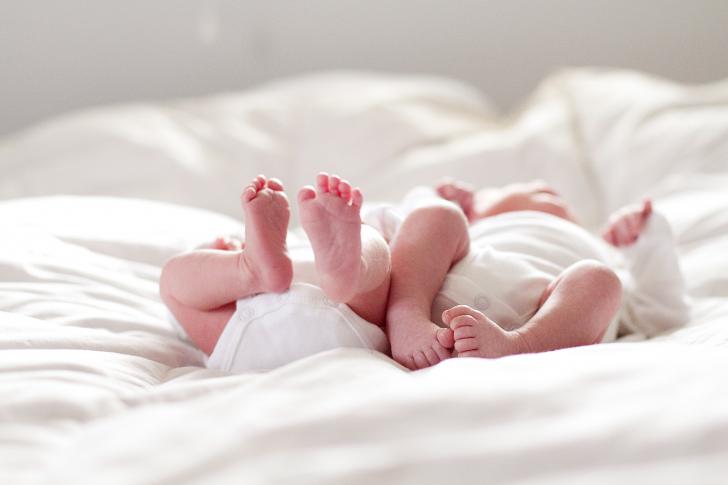 SUNDAY, May 18 (HealthDay News) -- If an expectant mother is exposed to high levels of stress, her baby may be more likely to develop asthma or allergies later in life, new research suggests.

Babies born to mothers experiencing high levels of stress had more IgE in their blood at birth than did babies born to less-stressed moms. IgE is an antibody involved in allergic and asthmatic reactions.

"Moms who had elevated levels of stress had children who seemed to be more reactive to allergens, even when exposed to low levels of allergens," said study co-author Dr. Rosalind Wright, an assistant professor of medicine at Brigham and Women's Hospital and Harvard Medical School in Boston.

Wright's colleague, and another author of the study, Junenette Peters, said that stress may make women more susceptible to allergens because it "may make the cells more permeable" so that even low levels of exposure trigger a reaction. And, women whose immune systems are altered by stress may, in turn, pass down that trait to their infants.

Peters, a postdoctoral research fellow at Harvard Medical School, was to present the findings Sunday at the American Thoracic Society's 2008 International Conference, in Toronto.

The study, which was funded by a grant from the U.S. National Heart, Lung, and Blood Institute, included 315 expectant mothers and their infants. All of the mothers lived in an urban environment.

Mothers filled out a questionnaire designed to assess their levels of stress in many different domains. Financial issues, home issues, community safety, relationship problems, and medical issues were the most frequently reported negative events experienced by the mothers.

Dust mite exposure was also assessed using samples obtained from the pregnant women's bedrooms. When the babies were born, a sample of cord blood was taken.

After controlling the data to compensate for maternal age, race, smoking, education, history of allergy and asthma, the child's gender and the season of birth, the researchers found that the number of negative domains -- stressors -- reported was associated with an increased risk of elevated IgE in the cord blood.

"A mom who had three or more negative events would have a 12 percent increased chance of having a baby with elevated cord blood IgE," Peters said.

Dr. Ashlesha Dayal is a maternal-fetal medicine specialist at Montefiore Medical Center and an assistant professor of obstetrics and gynecology at Albert Einstein Medical College in New York City. She said: "There's definitely emerging data that stress in pregnancy can affect the pregnancy in different ways; for example, stress has been linked to growth restriction, decreased bonding, and even preterm delivery. So, it wouldn't be unreasonable to think that it would precipitate a disease that's triggered by stress."

But, added Dayal, "This is a small study that needs to be validated. We really need more numbers to verify this association."

Dr. Jennifer Appleyard, chief of allergy and immunology at St. John Hospital in Detroit, agreed. "This is an interesting study, but it hasn't demonstrated cause and effect. Maybe what goes on before birth can have long-lasting effects," she said, but added that she doesn't think this is something expectant mothers needed to be overly concerned about in most cases.

Wright said that, although the researchers aren't making specific recommendations on stress reduction based on this study, for your general well-being, it's a good idea to reduce your stress levels whenever possible.