Follow us on Instagram
Our app takes the guesswork out of getting pregnant. Get Obie for iOS Now!
Pregnancy » Pregnancy Symptoms

Pregnancy Symptoms You Don't Expect When You Are Expecting 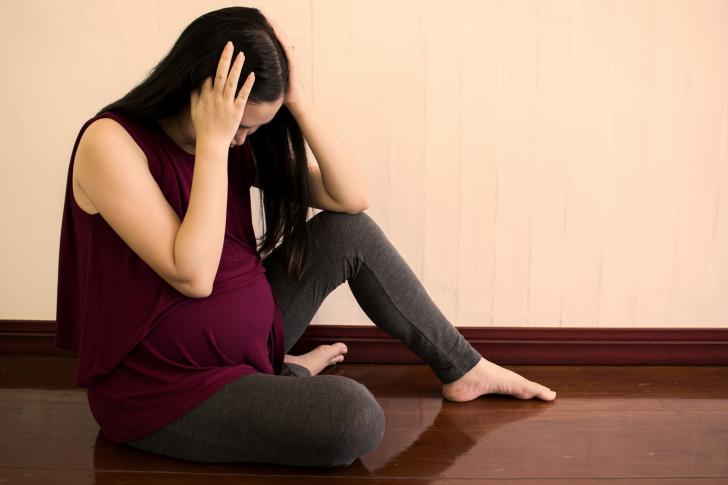 You expect to have morning sickness and be a little tired when you are pregnant but there are many other symptoms that nobody told you about.

Morning sickness is probably the best known of the early pregnancy symptoms, but many people don't realize the term is inaccurate. Nausea may be more common in the mornings because stomach acids build up overnight, but most women who get morning sickness also feel nauseous at other times of the day. Others experience nausea all day long.

Even before nausea kicks in some women develop "an extremely-heightened sense of smell." Typical scents and even scents you previously enjoyed (like the scent of fresh coffee!) can become overpowering.Many women notice changing their habits to avoid offensive scents, from losing their favorite perfume to eating bland food.

Fatigue tends to be most common in the first trimester but also often occurs later in pregnancy. Carrying around all that extra weight can make you tire easily in the third trimester, and a growing belly makes it hard to get comfortable enough to fall asleep. This is all normal, however, if you are feeling severe fatigue, visit your doctor to check if you may have anemia or depression.

Frequent urination is another early pregnancy symptom most expectant moms know all too well. The culprit is often hormonal in the earlier stages. Later in the pregnancy, frequent bathroom breaks are often caused by an enlarged uterus (and the rapidly growing baby inside) putting pressure on the bladder.

Many women find they gain a bra size or two during their pregnancy, although the change is usually not permanent. The swelling, which signals an increase in fat reserves and milk gland size, may be accompanied by soreness.

Itching is a very common complaint and can occur throughout pregnancy, usually on the breasts and stomach, where the skin is stretching to accommodate your growing shape.

Constipation tends to occur in the second and third trimesters and may result from a number of factors:

Heartburn is also common in the second and third trimesters and marked by a burning sensation between the breastbone and the throat. Progesterone is once again to blame. The hormone relaxes the sphincter at the bottom of the esophagus, allowing gastric acid to come up.

Seasonal allergies and asthma may become unpredictable during pregnancy. Some women see their symptoms improve, while others notice the opposite. Expectant moms with asthma generally should continue using their inhalers. If you don't breathe, your baby won't either.

In the third trimester, many women find they are perpetually off-balance. This change happens later in pregnancy, but very few women expect it. While a growing belly tends to throw off your center of gravity, there's more to it than that. A hormone called relaxin kicks in toward the end of pregnancy and its main purpose is to loosen the pelvic joints so they are more flexible during labor. But this hormone also works on the hips, knees, and ankles, which makes you more wobbly, achy, and likely to fall.

With so many changes taking place in your body, you may be tempted to dismiss any new discomfort as normal during pregnancy. But certain symptoms could signal a serious problem:

Bleeding is rarely if ever, considered normal during pregnancy. Spotting is common in the first trimester and probably not a cause for alarm. However, in the second and third trimester, bright red bleeding could provide advance warning of a serious complication, such as preterm labor or problems with the placenta. Always report any bleeding or spotting to your doctor or midwife.

In the late second and third trimester, severe itching may signal a rare liver problem that sometimes develops during pregnancy, known as intrahepatic cholestasis.

Blurred vision, severe headaches and pain on right side of stomach

These symptoms, whether they occur alone or in combination, may indicate severe preeclampsia, which is dangerously high blood pressure during pregnancy. Women who experience any of these symptoms should contact their health care provider immediately and early delivery may be necessary.

Read More:
Getting Dad Prepared For Fatherhood
Where Did These Breasts Come From?
Most Common Pains During Pregnancy