What Is a False Negative Pregnancy Test? 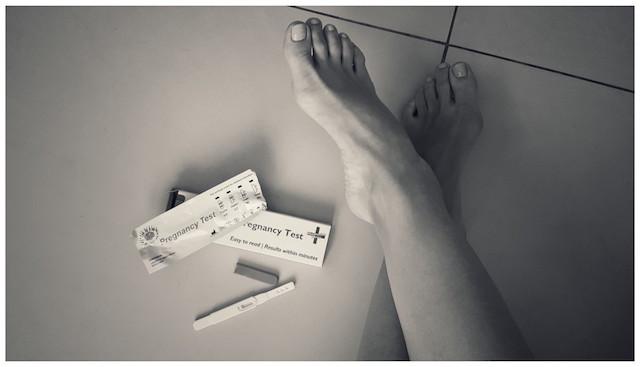 What is a false negative pregnancy test?

Human Chorionic Gonadotropin (hCG) pregnancy tests or home pregnancy tests determine pregnancy through the detection of the hormone Human Chorionic Gonadotropin (hCG) in a woman's urine. Doctors recommend that you wait until you have missed a period to take a home pregnancy test. If you cannot wait that long to find out and you know the day you may have conceived, then the earliest you can take a test would be 14 days from possible conception. Home tests are usually 97% accurate when all instructions are followed correctly and the results are read on time. Some kits come with two tests so in case you made a mistake, you may take the home pregnancy test again, preferably at a later date and with the first morning's urine.

There are several reasons you may get a false negative pregnancy test when you are already pregnant:

1. You tested too early and too close to implantation.

Quantitative blood tests and the most sensitive urine tests usually detect hCG shortly after implantation, which can occur anywhere from 6 to 12 days after ovulation. Beta hCG levels rise exponentially in the first two months of pregnancy so the earlier the test is performed, the higher the chance of a false-negative result. Less sensitive urine tests and qualitative blood tests may not detect pregnancy until three or four days after implantation. Menstruation occurs on average 14 days after ovulation, so the likelihood of a false negative is low once a menstrual period is late.

Calculator: When to take the pregnancy test

2. The test strips had too low sensitivity.

Urine pregnancy test strips vary in their sensitivity. That means they become positive and they can detect the hormone Human Chorionic Gonadotropin (hCG) in your urine at different levels. Test strips and midstream tests and digital tests have different sensitivities which means they show a positive at different amounts of hCG in your urine.  Some HPTs are highly "sensitive" to hCG and detect a relatively low amount of hCG, like 20 mIU/ml. Once the urine shows 20 mIU/ml or higher, the test becomes positive. Other HPTs have a lower sensitivity to hCG and detect hCG only at much higher amounts of hCG, 50 mIU/ml, or 100 mIU/ml. For example, if your urine has 40 mIU/ml hCG but you use a strip that detects only 50 mIU/ml hCG then your test will be negative and does not become positive until you reach a higher level.

3. The urine is too diluted.

If your urine is diluted, say for example if you drank a lot of liquid, then the concentration of hCG in your urine becomes less, and the test may be negative. That is why most manufacturers recommend that you test with more concentrated, first-morning urine.

Check out our implantation date calculator!

It is possible that although your ovum might be fertilized, meaning you may be pregnant, your body has not started secreting enough Human Chorionic Gonadotropin (hCG) for the test to measure. Your body needs time for the hormone to rise to a high enough level to be detected in a test.

4. You are overweight and the hCG is too low yet.

Women who are overweight and have a high BMI body mass index have lower hCG pregnancy hormone levels.

5. It may be the "variant hook effect"

A known failure mode for pregnancy detection by urine hCG pregnancy tests occurs when hCG is in large excess and no dilution step is performed to wash the excess hCG variant away. The excess hCG form can simultaneously saturate the fixed, solid-phase antibody and the labeled, soluble antibody, preventing sandwich formation. This "variant hook effect phenomenon" results in the absence of a signal, and a false-negative result. The paradoxical decrease in the curve plotting an increased signal with an increased concentration of antigen gives the appearance of a hook, hence the name. In urine hCG tests, the hook effect is generally not observed until hCG concentrations reach 1,000,000 mIU/mL, as is seen in gestational trophoblastic disease. However, the "hook effect" can also cause false-negative results in normal pregnancies when an excess of hCG is present. The variant hook effect is most likely to occur after 8-14 weeks of the pregnancy, but also as early as 6 weeks of the pregnancy. One study showed 1 in 300 (0.34%: 40/11,760) false negative pregnancy tests.

Keep in mind that a negative result more often than not means that you are not pregnant. Also, if you have received different answers on multiple pregnancy tests, it is recommended that you get a pregnancy blood test done to get an accurate answer.

Read More:
Best Tips To Get Pregnant Faster!
Why Am I Not Ovulating?
When Am I Most Fertile?