Anovulation: Why Am I Not Ovulating? 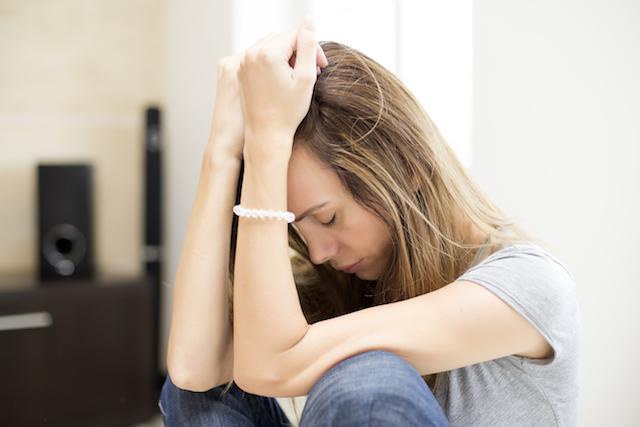 How do you know if you are not ovulating?

Women who ovulate regularly have regular periods, usually every 28 days, with a normal range being anywhere from 21-35 days. Women who don't ovulate have very irregular periods or no periods at all. Monitoring your menstrual and ovulation cycles, which includes becoming aware of the signs of ovulation, can help you identify symptoms of anovulation, which include:

Anovulation is normal when you breastfeed or you are pregnant, in perimenopause, or adolescence.

Scroll down to learn why you may stop ovulating.

Can I identify why I don't ovulate?

It is important that any underlying cause of infertility which may result in anovulation be treated. In some cases, losing or gaining weight may help. In more serious cases, fertility drug therapies such as clomiphene and gonadotropin may be recommended to induce ovulation, or an ovarian wedge resection may be performed. This procedure involves the removal of certain parts of the ovaries in order to balance hormone levels. Speak to your doctor or a fertility specialist for information on what is best for you. Being aware of your options can help you make the appropriate decision for you.

What are the signs that I may not be ovulating?

How can I determine if I am ovulating?

There are several ways to determine with enough certainty whether and when you are ovulating:

The least expensive way is to track your basal body temperature.  You will need a thermometer.  They do make special BBT thermometers, but a digital thermometer will also do. Don't use ear thermometers as they can vary depending on how far into your ear you push the probe, and you want a very accurate temperature.

Ovulation predictor kits look just like the home pregnancy tests but they determine when you are ovulating instead. Unfortunately, different brands vary in their accuracy. If you are finding positive tests with the regular "pee-on-the-stick" kind, then you don't really need the fertility monitor. If you are not having luck with the stick version, then the monitor may be helpful.  If you find a positive test, then you are almost definitely ovulating, though there are "false positive" OPK tests.  If you get your period 13-16 days after the positive test, then you are definitely ovulating.

What causes you to stop ovulating?

There are three distinct parts of the body that contribute to ovulation problems: the hypothalamus, the pituitary gland, and the ovaries.

A common reason for not ovulating is PCOS or polycystic ovarian syndrome, a condition where eggs cannot mature enough to be able to ovulate.  These semi-mature eggs produce a lot of testosterone and other male hormones.  These male hormones feedback to the pituitary (the gland in your head that controls your menstrual cycle), and they confuse your pituitary.  Your confused pituitary sends out the wrong hormones to the ovaries (too much LH and not enough FSH), and keep your ovaries from being able to ovulate.  This causes more testosterone production and the cycle just gets worse and worse.  All the sacs with the stuck eggs look like cysts on the ovaries, which is why it's called "polycystic".

Many but not all women with PCOS usually have other signs of high testosterone levels such as acne, hair growth on the face, chest, back or belly, and male-pattern balding.

It is called a syndrome rather than a disease, because what causes it can vary from woman to woman.  One of the main causes is insulin resistance.  This is a condition where a woman's insulin is not working correctly and can lead to diabetes.  The ovary has insulin receptors.  When it sees too much insulin, it stops ovulating and makes male hormones and therefore PCOS.  Women with this condition oftentimes (about 50% of the time) are overweight, and many also have a family history of adult-onset diabetes in her older relatives.  PCOS needs to be diagnosed by your doctor and blood test and an ultrasound should be performed.

Premature ovarian failure (POF) is a loss of ovarian function in younger women, well before menopause. Women with POF have eggs that are less or not capable to become fertilized. POF is among the reasons women have difficulties getting pregnant. It is often diagnosed by finding an elevated FSH test.

Both underactive or overactive thyroids resulting in hypothyroidism and hyperthyroidism can affect ovulation.  Other symptoms of thyroid disease include feeling hot when everyone else is cold or vice versa, unexplained weight gain or loss, hair loss, fatigue, nervousness, or skin changes. Thyroid disease is diagnosed by blood tests.

When a mother is breastfeeding, the hormones that trigger ovulation are often suppressed. This is a natural body reaction to giving birth. The body will try to prevent further pregnancy until the baby has stopped nursing. While ovulation does not cease and women do have the ability to become pregnant immediately after birth in some cases, ovulation problems may occur as long as breast milk is being produced.

Extreme stress or excessive dieting or exercise can also lead to ovulation problems, as can being overweight. Your optimal BMI body mass index should be between 19.5 and 25.  A woman's body is designed to decrease her fertility if it thinks there isn't enough food around to support a pregnancy/baby or if there is too much stress.  So if a woman has very low body fat or low dietary fat intake or is under extreme stress, she will stop ovulating.  This is common with marathon runners, ballet dancers, women on death row, and body-builders.  It can definitely happen in less extreme cases, too.  Decreasing the amount of exercise, increasing calorie and especially fat intake, or changing the stressful situation can reverse the ovulation problems.

About 10% of women who do not ovulate have no defined reason why they are not ovulating.  It appears that their pituitaries just do not send out the right signals.  There are also other rarer hormonal causes. Most of these will have other signs and symptoms that bring that person to the attention of a doctor.

No matter why you are not ovulating, you need to see a doctor.  If the lining of the uterus does not shed with a period at least every 6 weeks, it can start to turn abnormal, and can even turn into cancer.