Follow us on Instagram
Our app takes the guesswork out of getting pregnant. Get Obie for iOS Now!
Getting Pregnant » Pregnancy Test

How Early Can Pregnancy Be Detected? 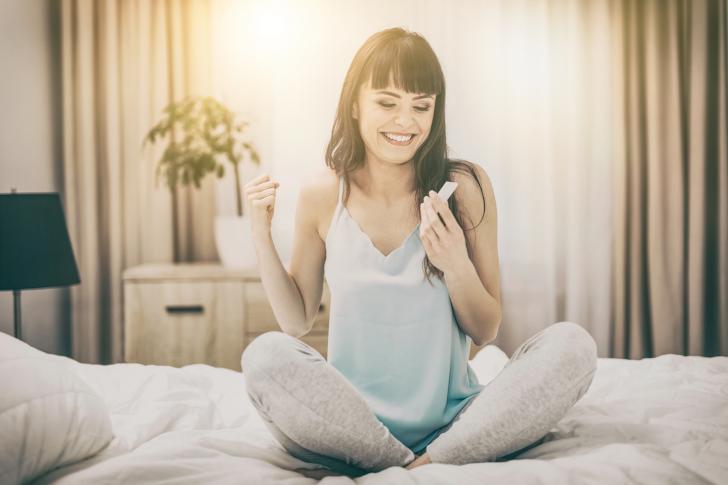 What is the best way to find out if you are pregnant?

Among the most popular questions asked by couples trying to get pregnant is "How soon can I detect a pregnancy"? Pregnancy can be gauged by a missed period, typical pregnancy symptoms,  implantation bleeding, and confirmed by a positive pregnancy test. (Another way to detect your pregnancy is by taking our online pregnancy test.)

When can you take a home pregnancy test?

A pregnancy test detects the pregnancy hormone hCG (human chorionic gonadotropin) in the blood or urine to determine if a woman is pregnant. How early pregnancy can be detected depends on finding the hCG hormone. hCG can be detected in urine or blood after implantation, which occurs on average, about 9 days (range 6-12 days) after fertilization. Some home pregnancy tests claim to detect hCG as early as 4 days before the next expected period yet that claim depends on your luteal phase and how soon the embryo implanted. Quantitative blood tests can detect hCG levels as low as 1 mIU/mL, while urine tests have published detection thresholds between 20 and 100 mIU/mL, depending on the brand.

How does hCG doubling affect pregnancy?

When can an ultrasound confirm pregnancy?

On ultrasound, how early pregnancy can be detected depends on seeing the gestational sac, or the embryo. Once a pregnancy has advanced past the first 6-8 weeks, it is usually easier to follow by sonography as more information is obtained in real time. In general, pregnancy is detectable 25 days after ovulation by transvaginal sonography (which usually corresponds to an hCG level of 1,500 ml).

What about false positive and false negative tests?

A false negative pregnancy test usually happens when testing is done too early, and you are pregnant but you test negative. hCG levels rise exponentially in the first two months of pregnancy so the earlier the test is performed, the higher the chance of a false negative result. Less sensitive urine tests and qualitative blood tests may not detect pregnancy until three or four days after implantation.

Read More:
Negative Pregnancy Test: Can I Still Be Pregnant?
Early Signs You May Be Pregnant