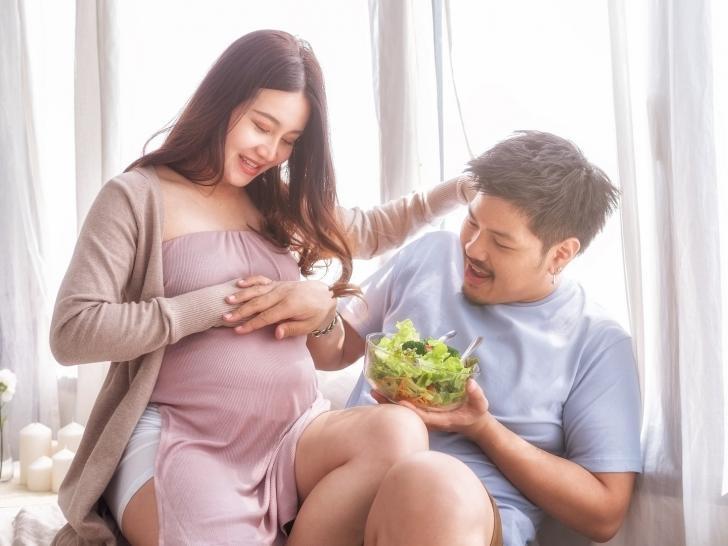 A food craving is defined as the sudden urge for a particular (and particularly unusual) dish, while a food aversion is a sense of repulsion at the very thought of a certain kind of food, often one that you previously enjoyed. Food cravings are among the most typical early symptoms of pregnancy and often continue throughout pregnancy. Almost all expectant mothers (and some fathers) experience cravings during pregnancy, and most experience at least one aversion as well.

What causes cravings and aversions during pregnancy?

As is the case with many changes during pregnancy, hormones play a huge role in food cravings and aversions. Some doctors believe the body tends to crave foods the body needs due to nutritional changes. Along those same lines, caffeine and alcohol are common aversions. There also seems to be an environmental effect on food cravings and choices. For example, before processed foods became popular, cravings for calcium may have lead one to drink milk. Today, due to the influx of processed foods, such a craving appears to lead one to have ice cream instead of the healthier alternative of milk.

This theory works with items such as coffee and alcohol, which can suddenly turn off regular drinkers of both. But it doesn't explain why you might suddenly turn your nose up at healthy foods you used to love, such as salad or oatmeal.

Another theory is that humans have moved so far from the original food chain that the body can no longer reliably interpret its own internal signals. Yes, your body knows it needs vitamin C and calcium, but these days that may translate into a craving for a dish of Chunky Monkey with crushed Oreos, instead of a slice of cantaloupe and a glass of milk.

Emotional changes and hormones can lead mom into bouts of depression and an increased need for attention. This, in turn, can lead to emotional eating. Instead of turning to another piece of cake, try vying for a few hugs and some cuddle time.

Choose healthy foods instead of high-calorie foods on a regular basis to ensure nutritional needs are met for both you and your baby. Exercise can also ward off food cravings. Food aversions require only staying away from foods that cause nausea or an upset stomach. If cravings seem weird, like craving dirt, clay, or ashes, contact your physician. This could mean a severe deficiency in iron or some other essential mineral.

What you can do about food cravings during pregnancy:

You cannot and shouldn't always fight food cravings, especially when the food you are craving is not unhealthy.

Read More:
Salads And Pregnancy
Are Cold Cuts & Deli Meats Safe in Pregnancy?
Food Too Dirty to Eat During Pregnancy