Follow us on Instagram
Our app takes the guesswork out of getting pregnant. Get Obie for iOS Now!
Labor & Delivery » Cesarean Delivery 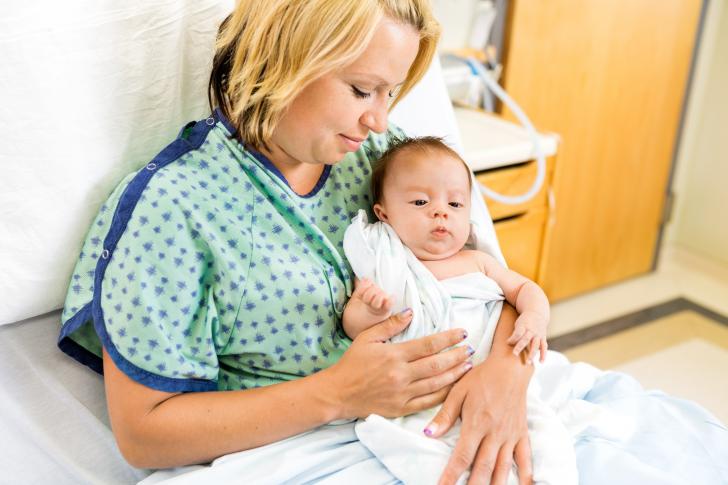 For some moms, especially those who were hoping to have a natural birth, cesarean sections can be very unpleasant. Even for those who knew they would need one, the surgery can be stressful and the slow recovery during your first few weeks as a new mom is simply annoying. One nagging problem that some women face after their cesarean section is incessant itching all over their skin. Many women report this as an insatiable itch that no amount of scratching can cure. Though you may worriedly assume it’s an allergic reaction to the painkillers, it’s more than likely just a side effect. For some reason, not everyone feels it, in the same way that the medication will make some women nauseous while others feel fine.

Luckily, recent studies show that there are very quick fixes for the itching so that you don’t have to sit there suffering after surgery. As soon as you notice an itching sensation all over your skin, let your nurses know. They can add a substance to your IV that will alleviate the itching (known as pruritus) right away. In the study, 72% of women felt the itching sensation during their immediate recovery from the surgery, so it’s not at all uncommon.

If you are having a second baby via cesarean delivery and suffered from pruritus after your first C-section, let your nurses know before surgery begins. You’ll almost certainly suffer from it again. This time, the nurses can cue it up in the IV bag beforehand so that they begin to administer it before the itch interferes with your ability to rest after delivery.

Itchy skin will be extremely frustrating, especially when you’re excited to meet your new family member. The feeling is uncomfortable and distracting, and it could interfere with your ability to gently hold your baby for the first time. Though there is no way to predict whether or not you’ll get itchy after your first C-section, the best way to handle it is to let nurses know right away. The sooner you let them know, the faster they can start to administer the proper medications to make the sensation stop. When you’re preparing for your birth and choosing the right hospital, ask your doctors what type of medications they have on hand for pruritus after cesarean delivery. Also, let your birth partner know about the medications so that he or she can request it for you, if necessary.

Read More:
Is a Gummy Prenatal Vitamin Good Enough?
Vitamin C: How Much Is Too Much During Pregnancy?