Follow us on Instagram
Our app takes the guesswork out of getting pregnant. Get Obie for iOS Now!
Tools

This calculator will assess the risk of your baby having microcephaly based on ultrasound measurements of the fetal head circumference. 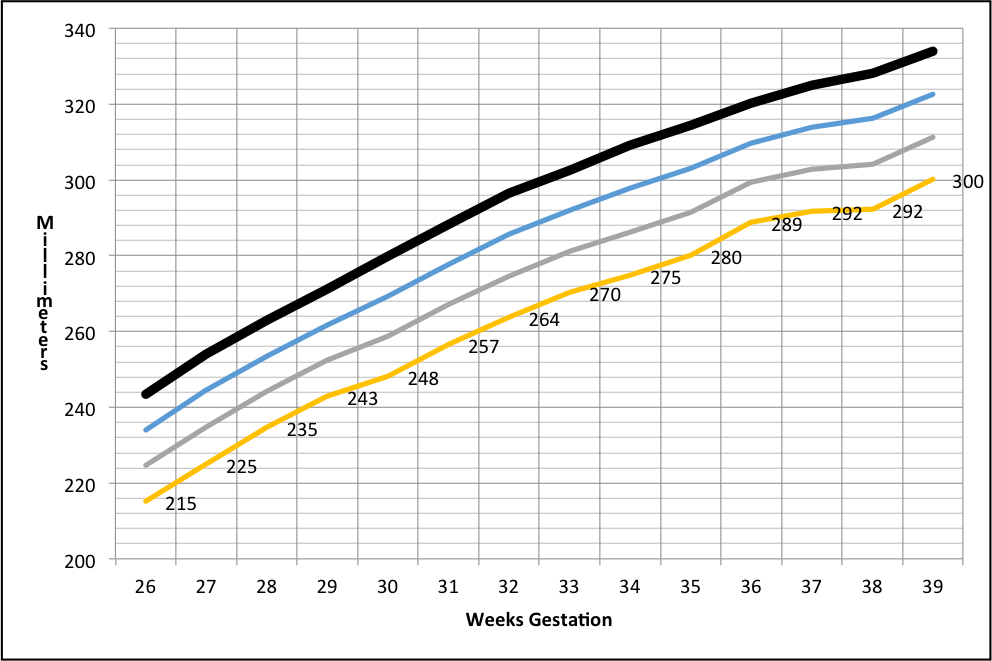 Microcephaly is associated with a baby having a small head and brain and usually with severe mental impairment and seizures as well as reduced life expectancy. Its usual incidence is about 1 in 7,000 births and has risen to more than 20-fold in certain areas of Brazil. This compares to another condition called 'anencephaly' where there is little to no brain.

How is microcephaly diagnosed?

Microcephaly can occur before birth (congenital) or after birth (acquired). Congenital microcephaly can have many different causes including as part of certain syndromes or genetic issues. Acquired microcephaly could be due to infections, strokes, or certain drugs.

The World Health Organization reports that countries, where the Zika virus is prevalent, have a higher risk of babies with microcephaly. The mosquito-borne Zika virus is characterized by a mild fever, rash, and headaches.

The Centers for Disease Control (CDC) has published guidelines and a travel advisory for pregnant women as well as travel health notices concerning the Zika virus. They advise the following:

1. All pregnant women who traveled to an affected country should see their doctor.

2. All pregnant women who traveled to an affected country with symptoms should get a blood test.

3. All pregnant women who have traveled to an affected country without symptoms should get a sonogram to check for microcephaly.

Isotretinoin, most commonly sold under the brand name Accutane, is a type of medication that is prescribed to people with severe acne that cannot be cured with other remedies. Overall, Accutane is safe for people who are not pregnant and are not trying to conceive. However, the drug can cause serious birth defects. When women who are of childbearing age are prescribed Accutane for their acne, they actually need to sign a waiver agreeing that they will not become pregnant while on the medication. Many women have never even heard of Isotretinoin before they become pregnant, so it’s important to understand the serious risks the drug poses.

If you are thinking about becoming pregnant any time in the next year or so, you should avoid Isotretinoin altogether. The drug, which is the main ingredient in Accutane, has been proven to cause ear and eye defects in babies born to mothers taking it. Additionally, the drug causes cleft palate and heart defects. One of the most common defects is hydrocephaly and microcephaly, which is either an enlargement or decrease in the size of the head and brain. Obviously, these birth defects will have negative side effects on your child for the rest of his or her life. These birth defects are also some of the better defects. Many women taking Isotretinoin before or during pregnancy lose their babies to miscarriages and stillbirth.