Follow us on Instagram
Our app takes the guesswork out of getting pregnant. Get Obie for iOS Now!
Tools » Ultrasound Tools

What are fetal ultrasound measurements?

Most patients in the U.S. get at least a basic sonogram around 18-20 weeks, though it may surprise you to find out that presently most medical associations do not recommend a routine ultrasound during pregnancy. A level II ultrasound takes longer and is more extensive than a level I ultrasound, but what exactly is being done may change from one institution to the other.

An ultrasound in pregnancy can be either done as a “routine” ultrasound, an anatomy sonogram, usually between 18-20 weeks or it is done for specific reasons which usually depend at the time of pregnancy. Ultrasound measurements are helpful throughout pregnancy to determine the due date and to find out if the fetus grows normally.

What if my baby's head circumference is abnormal?

There is a very wide range of normal fetal head measurements. The fetal head circumference measurement can tell many things about a baby's health. One of the most important things it does is detect birth defects, such as microcephaly.

Microcephaly is associated with a baby having a small head and brain and usually with severe mental impairment and seizures as well as reduced life expectancy. Its usual incidence is about 1 in 7,000 births and has risen to more than 20-fold in certain areas of Brazil. This compares to another condition called 'anencephaly' where there is little to no brain.

How is microcephaly diagnosed?

The fetal head circumference is measured during pregnancy with a sonogram and then compared to certain normal curves. There are several ways to exactly define an abnormal fetal head measurement. Microcephaly is diagnosed when the head circumference falls below 2 or 3 or even more standard deviations of the norm. 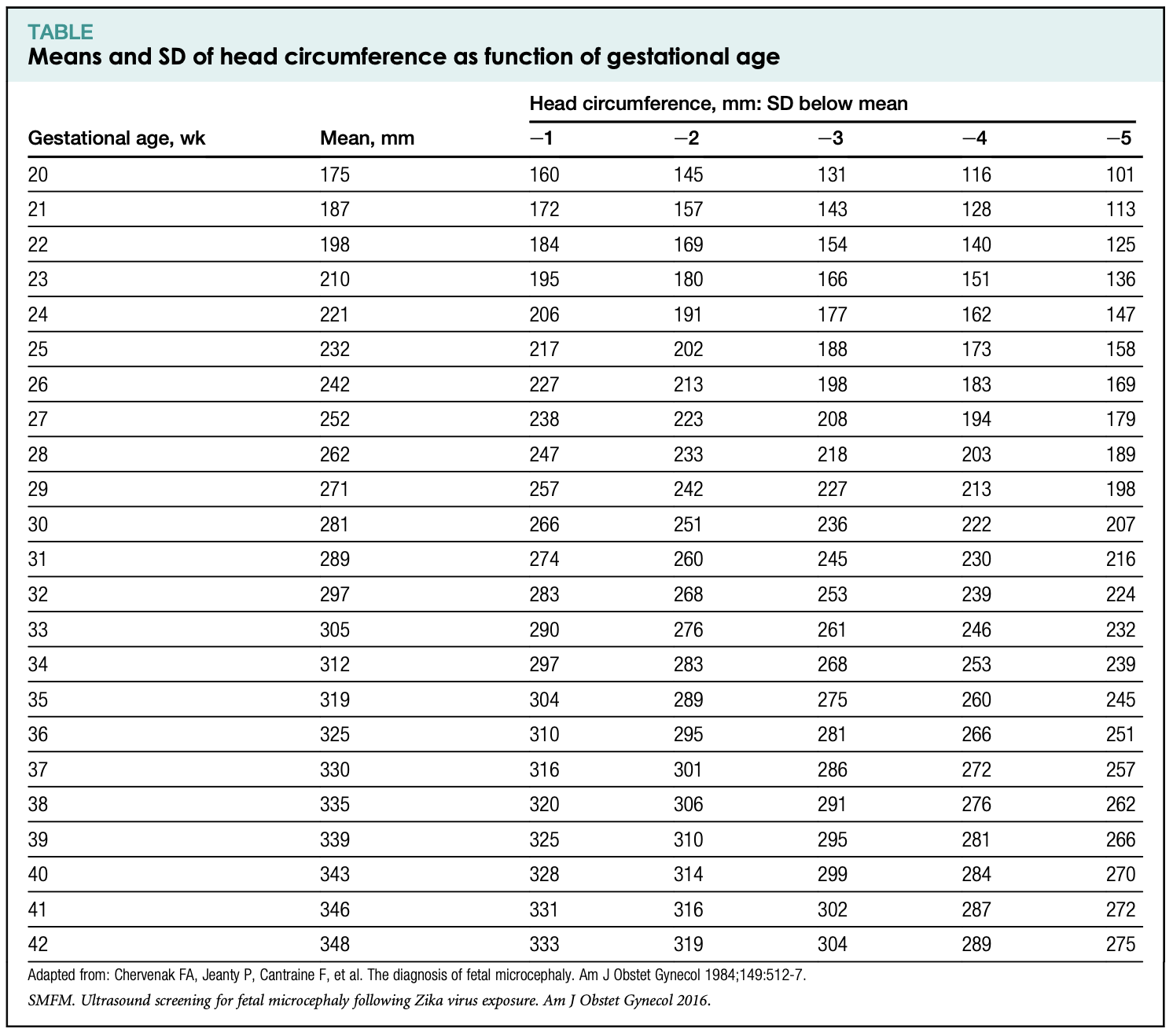 Microcephaly can occur before birth (congenital) or after birth (acquired). Congenital microcephaly can have many different causes including as part of certain syndromes or genetic issues. Acquired microcephaly could be due to infections, strokes, or certain drugs.

The babyMed ultrasound tools help you understand more what the measurements mean and whether they are normal or not.