Follow us on Instagram
Our app takes the guesswork out of getting pregnant. Get Obie for iOS Now!
Lifestyle » Safety » X-Rays

X-rays in Pregnancy: How Safe Are They? 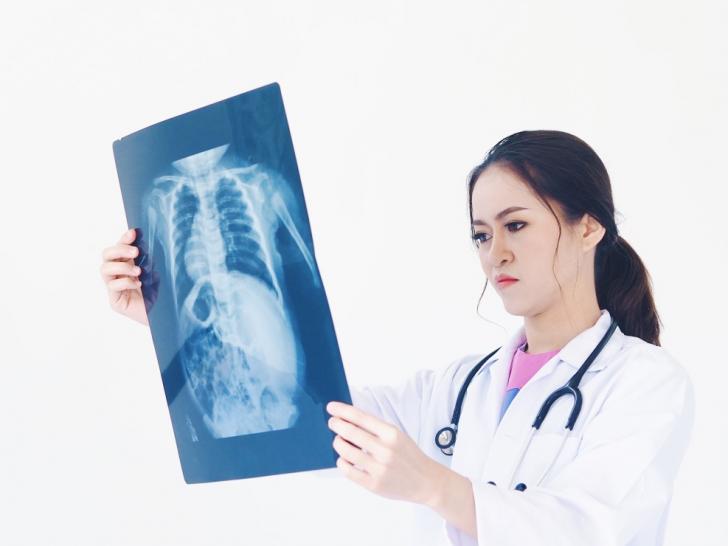 X-rays are a form of radiation. This kind of radiation is invisible. X-rays are used to make "pictures" of the bones and organs. They have been associated with a very small increased risk of cancer, especially leukemia, for an unborn baby, especially when done later in pregnancy in large amounts. But the risk is very small.

There are generally two different kinds of X-rays: diagnostic x-rays and therapeutic x-rays. Diagnostic X-rays, those done to diagnose a condition are generally safe in pregnancy. These include dental and chest X-rays. So if your doctor finds you need x-rays for a medical problem or injury, it's OK to have them.

Is it safe to have X-rays while I'm pregnant?

Yes, diagnostic X-rays are generally safe in pregnancy. If your doctor finds you need an X-rays for a medical problem or injury, it's OK to have them. It's better for your baby that you be healthy. In fact, your medical problem may be more harmful to your baby than the x-rays.

Do all types of X-rays have the same amount of radiation?

After I had an X-ray, I found out I was pregnant. What should I do now?

It all depends on several things like how far along in the pregnancy you are, what radiation was used and where it was directed to. Talk to your doctor, but generally, the risk to your baby from diagnostic radiation is so small that most doctors would treat your pregnancy just like any other pregnancy. If you're really worried about your baby's risk, a radiation physicist can figure out exactly how much radiation your baby has been exposed to. Usually, an unborn baby shouldn't be exposed to more than 5 rad. Because most x-rays cause much less radiation than this, talk with your doctor to see if it will even help to find out the exact number of rads your baby was exposed to. Some women are so afraid of radiation that they want to have an abortion after a single X-ray. This isn't necessary. The risks are so small, it's not necessary to have an abortion just because you had an x-ray during pregnancy.

If I have an X-ray, will my baby be born with a deformity?

Medical diagnostic X-rays don't increase the number of babies born with such deformities. Even with no X-ray exposure, 2-3 percent of babies are born with some major deformity. These are usually problems like skin tags or a small extra finger.

Could I have another test instead of an X-ray?

You might be able to have an ultrasound examination instead of an X-ray. Ultrasound, which is also called sonography, is the best alternative to an X-ray. Your doctor will use ultrasound if possible. No harm to an unborn baby has ever been reported from ultrasound. And magnetic resonance imaging (often called MRI) is safe to use after the first trimester of pregnancy. Both of these methods can be used sometimes instead of x-rays. Although ultrasound and MRI are used if possible, sometimes an X-ray is your doctor's best or only choice for properly treating you.