Are Hot Tubs Showers or Baths Safe During or after Pregnancy? 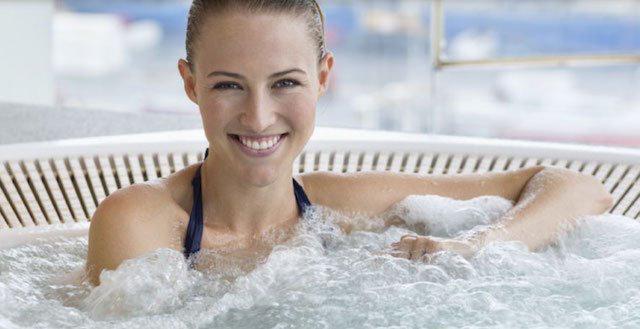 Hot tubs, showers, and baths can be very relaxing to pregnant women, and they are safe as long as the water does not heat up your body too much.

Too much heat is not good in pregnancy

Becoming overheated throughout your early months of being pregnant can be both unhealthy for not only you but also your unborn child. Current research has indicated that a slight raise in your immediate body temperature during the early stages of fetal organ development can possibly lead to newborn birth defects. This series of academic studies were accomplished upon pregnant women whose measured high temperatures were more a result of illness rather then the use of hot baths.

Nevertheless, when you are pregnant becoming overheated presents a problem in that it often develops into lightheadedness. Keep in mind, that should you begin to feel faint, immediately get out of the tub or hot bath. It is commonly understood that a pregnant women in general has a more difficult time maintaining a cool body temperature as it is, thus they are more apt to pass out after getting overheated in a hot tub, or even worse the potential exists for placing the unborn baby under stress or interfering with its normal development.  In due of this information, it appears only prudent to the expectant mother to avoid the potential for raising her body temperature when pregnant.

The water in hot tubs is generally too hot for the pregnant women to safely sit in for any extended time periods. Water heated above 105 degrees can be damaging to human developing cells thus serious damage may be done to your child. In the event you do enter a hot tub ensure that you can maintain the temperature control to no more then 100 degrees F as well as reducing your actual time in the tub.

The water in hot tubs is generally too hot for the pregnant women to safely sit in for any extended time periods.

If you do enter a hot tub, make sure that you can maintain the temperature control to no more than 100 degrees F and that you also reduce your actual time in the tub.