Sign up for the waitlist for our new app, Obie!
Baby & Child » Baby Names

Baby Names: How to Name Twins and Multiples 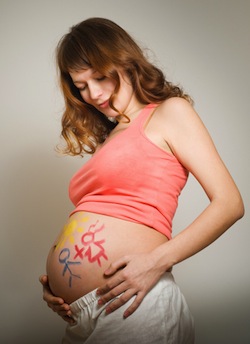 Most parents have enough trouble choosing a baby name for one, let alone two, three or more. While multiples are rare, more than 100,000 multiple births are recorded every year in the United States. Some parents attempt to learn the sex of their multiples while others want to preserve the element of surprise, waiting until birth for the big reveal. Either way, parents should prepare with at least two boy and two girl names, hopefully with a favorite in each category, and that is just for one set of twins.

Where to Start When Choosing Names for Multiples
There are four angles from which parents can approach naming multiples – rhyming, same first letter, same or similar meaning or historical names. Each gives parents a different list of potential baby names.

Rhyming Names for Multiples
Choosing names that rhyme is a fun and creative way to add a little flare to the naming process, but finding four names that rhyme – two girl and two boy names – can be extremely difficult, let alone finding more than four rhyming names for triplets and beyond.

Some interesting choices include:

Different Names – Same Meaning
One of the harder choices for naming multiples is choosing names that mean the same thing for both genders.

Historical Names for Twins
Historical names have a foundation in literature or ancient history. Search through history to find a dynamic duo that perfectly matches your twins.

When sorting through those potential names remember your multiples have to live with these names for the rest of their lives, though there are nicknames and shortened names to lean. Get creative and use your imagination!