Can You Stop Menopause by Freezing an Ovary?

Women are choosing to wait until much later in life to have children, but the human body is on a solid path to menopause, right? Well, according to research and practice in the UK, women may be able to stop menopause and preserve fertility for as long as they’d like. Researchers and doctors have removed tissue from a healthy ovary and later transplanted it back into the female body to boost fertility, but that’s not the only trick up fertility doctor’s sleeves. We currently freeze eggs and sperm, so is it such a big medical jump to freeze ovaries whole? 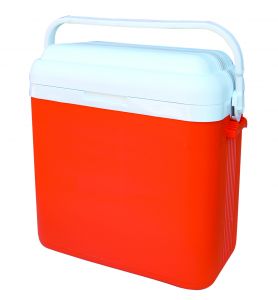 The idea of ovary transplantation is relatively new from a medical perspective, but so are most of the fertility treatments we practice successfully today. Menopause is not the only condition that leaves ovaries useless in terms of reproduction – premature ovarian failure and cancer both have the ability to stop fertility in its tracks. There are case studies where ovaries have been removed and later replaced resulting in successful pregnancies. There are also case studies where transplants have been made between identical twins to reduce the risk of organ rejection, which also resulted in live births.

The newest concept is one that involves removing one ovary early in life and freezing the ovary the same way eggs or sperm are frozen. Freezing the egg halts aging so when the egg is thawed and returned to the body it resumes normal function, but that function is the same as it was when the organ was removed. In theory, ovary removal and freezing could leave reproduction options open for women of all ages.

The implications of voluntary ovary removal for the sake of freezing the hands of time are vast, but so are the ethical concerns. Fertility doctors who help aging women in their late 50s and 60s have children via IVF are under a hot spotlight – few will partake in the practice as a result. However, with advances in medical technology moving faster than advances in natural human genetics, there may be a time very soon when women starting families in their 50s is the normal because lifespan would have been extended well beyond 100.