Not All Pregnancies are Created Equal

I was thrilled when I found out I was having twins, but soon after my world was turned upside down. My pregnancy was not full of happy smiles, professional photos or days spent talking amicably about how life would change when these two babies arrived. Instead, I spent days on the couch or in bed. My mother left work to take care of me. I suffered multiple pregnancy complications and lived in the worst pain of my life for more than six months. But, not all pregnancies are the same. 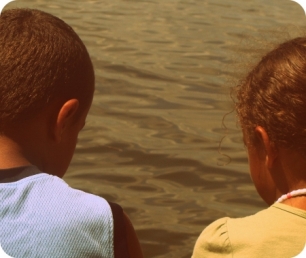 I suffered bleeding early in the pregnancy and it looked like I would lose one of my twins, so my obstetrician put me on bed rest starting in the 8th week of pregnancy. When we found out the placentas of my fraternal twins had somehow fused, we were even more scared that one or both twins wouldn’t make it. I was forced to consume more than 10,000 calories a day to provide the nutrition the twins needed. When labor started in the 26th week, we started counting the days – marking the calendar for each successful day we stayed out of the hospital. We were able to stick it out with the help of some medications until the 34th week of pregnancy when preeclampsia and a stronger bout of pre-term labor ended the pregnancy short.  The twins entered the world happy and healthy.

The Other Side of a Twin Pregnancy

About one year after my twins were born I noticed a mother shopping with her twins, slightly older than mine. She noticed me too and commented on the fact that we both had twins. She asked if I had an easy pregnancy and I said no and briefly described my living nightmare. She just looked shocked. She then proceeded to tell me that she did Yoga and aerobics throughout her pregnancy and worked as a critical care nurse until her water broke two days before her due date. Her pregnancy was filled with those pink hearts and fairly tale dreams I wanted mine to be filled with, but missed somehow along the way.

Not all pregnancies are created equal and you should never compare your pregnancy to a friend's, family member's or even your mom’s pregnancy. My pregnancy was unique and we were lucky enough to have a doctor who specialized in multiples pregnancy and large for term babies, both of which we dealt with during our twin pregnancy. Your pregnancy is yours – not anyone else’s.

Keyword Tags:
Pregnancy
twins
Previous: Autism: Do We Want to Find the Cause?
Next: Five safe exercises during pregnancy