Follow us on Instagram
Our app takes the guesswork out of getting pregnant. Get Obie for iOS Now!
Baby & Child » Breastfeeding 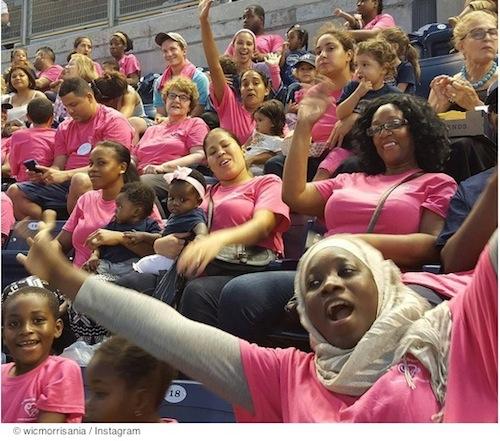 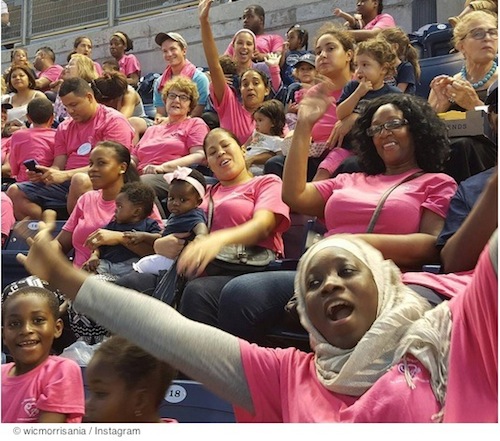 Yankee Stadium was pretty in pink on August 18, when dozens of breastfeeding moms and their supportive families showed up for the game in hot pink T-shirts. This family-friendly crowd gathered together to celebrate the third annual “Breastfeeding Night with the New York Yankees,” an event orchestrated by the Bronx Breastfeeding Coalition.

The annual event is held each year to promote breastfeeding in public with the goal of helping Yankee fans, breastfeeding moms, and their families become comfortable with seeing nursing moms in public places.

“I Breastfed at Yankee Stadium”

Approximately 250 breastfeeding-friendly Yankee fans showed up for the game and were met with a Yankee welcome displayed on the stadium marquee. All participants of Breastfeeding Night got hot-pink tees promoting the event:

The pink-clad coalition was seated together just beyond first base, presenting a united “sea of pink” to Yankee fans throughout the stadium. Theresa Landau, representing the Bronx Breastfeeding Coalition, said the event “was great” and the group “got nothing but smiles” from other sports fans at the game.

“It Changed My Life”

Cindy Marte is a big fan of Breastfeeding Night; she’s attended all three events because going to the first one was a life-changer. When 26-year-old Marte and her 2-month-old daughter, Mia, went to the first Yankee Stadium Breastfeeding Night in 2013, she’d been sneaking into fitting rooms, restrooms, or the car to feed her new baby. None of her friends were breastfeeding their babies and Marte didn’t see a lot of it happening in public.

The first time Marte openly breastfed her daughter in public was at the stadium and only after her hungry baby started crying. “So I did it,” Marte said. “And people were smiling and supporting me and it made me gain so much confidence that still, today, I’m breastfeeding, and my daughter is 2. It changed my life.”

Landau acknowledges a problem breastfeeding babies in public places in the US today but it’s legal all across the nation. Breastfeeding mothers are often subjected to negativity and hostility but the coalition hopes to change that by raising awareness of the value of breastfeeding and by building a community of acceptance. “It’s a family affair and a community affair,” she said, “and what better way to bring the Bronx community together than at a ball game?”

Maybe all that nurturing love and community spirit worked in favor of the Yankees, too. They beat the Minnesota Twins 8 to 4.