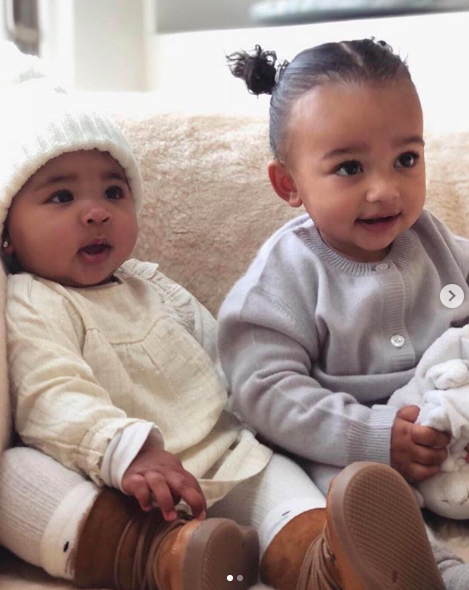 Many of today’s hottest celebrities are involved in the arts, expressing their creative nature. That creativity often influences the names they choose for their babies. Here are 22 creatively unique celebrity baby names and the stories behind them:

Parents: Kim Kardashian and Kanye West
No real reason made public although Mom Kim did joke that she liked Easton, which would make the child Easton West.

Parents: Alicia Grimaldi and Bryan Adams
Mirabella arrived on Easter Friday, “just like all good Easter bunnies,” according to dad. The rock-n-roll classic song “Be-Bop-A-Lula” inspired their second daughter’s first name, whose middle name is a slang cockney rhyme for “cup of tea.”

Parents: Mariah Carey and Nick Cannon
The top floor of mom’s NYC apartment is the Moroccan Room and dad’s middle name is Scott. Monroe was named after Marilyn and has no first name, just like her mom. Together, they are Roc and Roe.

Parents: Paula Yates and Bob Geldof
Peaches was named after the fruit. Mom wanted a belle in the family so they borrowed the name of Geldof’s aunt, Trixibelle. Pixie? Why not?

Parents: Elsa Pataky and Chris Hemsworth
Her parents just happened to like the name so much that India would’ve been Indie or Indiana if India Rose had been a boy.

Parents: Alicia Silverstone and Christopher Jarecki
When parents couldn’t decide between two fave names, a wise grandmother suggested compromise. Instead of Bear or Blu, the baby was named Bear AND Blu.

Parents: Emily Zolten (EZ) and Penn Jillette
Daddy Penn loves that Moxie is a purely American word “that stands for old-fashioned spunk and energy.” Mom EZ doesn’t have a middle name, thinks they’re stupid, so made her daughter’s middle name a joke. Zolten was named in honor of his mother’s maiden name and Zolten Jillette brings both family names together as one.

Parents: Gwyneth Paltrow and Chris Martin
According to mom, an apple is sweet, wholesome, biblical, lovely, clean, and perfect. Blythe and Alison are Apple’s grandmothers’ names. Moses is Daddy Chris’s father’s Hebrew name and it’s used in a song the Coldplay frontman wrote for his wife.

Parents: Halle Berry and Olivier Martinez
Maceo is a variation of Matteo and Matthew and means “gift from God.” Robert is the name of the baby’s paternal grandfather.

Parents: Natalie Portman and Benjamin Millipied
Aleph is the first letter in the Hebrew alphabet. It can mean “the oneness of God,” “leader,” and “primordial one that contains all numbers."

Parents: Holly Madison and Pasquale Rotella
Mom Holly always envied the name of a childhood schoolmate - Rainbow - which she thought was “so pretty and unique."

Parents: Kristen Bell and Dax Shepard
Lincoln has always been Daddy Dax’s fave name and one of his favorite possessions is a 1967 Lincoln Continental. Now it’s Daddy’s baby girl, too. Mom Kristen says daddy won this round because “he is substantially bigger than I am.”

Parents: Jada Pinkett-Smith and Will Smith
Jaden plays on his mom’s name and Willow is an extension of her daddy’s name.

Parents: Uma Thurman and Arpad Busson
Each element of this name has special meaning and reason to baby Luna’s parents but the story remains private.

Parents: Ashlee Simpson and Pete Wentz
These fans of “The Jungle Book” say no one really knows the “real story of why or how” this middle name came about.

Parents: Jade Duell and Owen Wilson
Little Ford’s parents think the name is “a very American-sounding name” that seems strong and original and fits him to a T.

With inspiration like this, even everyday people like us can get creative about coming up with a totally unique, one-of-a-kind name for our own little extraordinary bundles of joy.