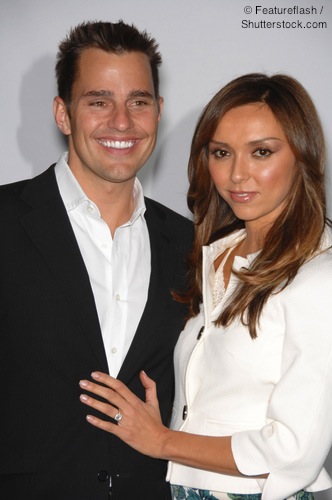 Giuliana Rancic, longtime E! News Network host and red carpet staple, has been diagnosed with the early stages of breast cancer. The celebrity interviewer turned celebrity in her own right took to NBC’s Today Show to bravely announce her unfortunate news to the world.

After making her name interviewing A-list celebrities and talking red carpet fashion, Giuliana became the co-star of her own show, Giuliana and Bill, which followed Rancic and her husband through marriage and the trials and tribulations of in vitro fertilization (IVF). The couple was thrilled when Giuliana became pregnant after beginning IVF in March 2010, and shared their heartbreak with the world when Giuliana suffered a miscarriage at 8 weeks pregnant. When the pair tried IVF again in November of that year, the results were unsuccessful. Giuliana and Bill decided to take the year off of infertility treatments to have fun and focus on the positive.

In August of 2011, as the couple prepared to begin treatments for the third time, Rancic’s doctor insisted she have a mammogram before the procedure, Giuliana told Ann Curry of the Today Show. Rancic was reportedly shocked at her doctor’s insistence, stating that she had never planned on getting a mammogram before the age of 40, as she had previously been instructed to do. According to Giuliana, her doctor’s response was: “I will not get you pregnant if possibly the small risk that you have cancer because if you have cancer it can accelerate the cancer, all the hormones will accelerate the cancer.” So she went “kicking and screaming” to the mammogram, only to find out days later that the tests had revealed the beginning stages of breast cancer. “I just couldn’t believe it,” Giuliana said, “36 years old, no family history.”

Since Rancic was a few days away from beginning the IVF process, she was instructed she could go ahead with the egg retrieval (the first part of the process), but that they would refrain from trying to get her pregnant until she has a clean bill of health.

While Rancic admits being incredible shocked and saddened, she is able to see the good in her situation and still wants a baby more than ever. “I’m not gonna give up,” she said, “I want that baby. And what’s amazing is that that baby will have saved my life. Because I’ve always said that this all happened to me, there was some master plan of why my IVFs didn’t work, why I never got pregnant, and now I truly believe that God was looking out for me. Had I gotten pregnant, a few years down the line I could be a lot sicker.”

Giuliana’s statement ended with a message for women, who these days are busier than ever. “We have to start putting ourselves on the to-do list.” Rancic is using her experience to encourage women to have regular checkups and give priority to their health. Her health, she says, “will be okay because I found it early.”