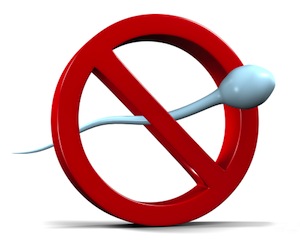 Dr. Allan Pacey wasn’t looking at marijuana specifically when he devised a study of how a man’s lifestyle choices might affect his fertility. He was working with a long list of possibilities, many of which can be changed if found to be linked to male infertility. Of his long list, only two possibilities seemed to make a negative difference: sperm samples produced in the summertime and use of marijuana.

Pacey, a senior lecturer of andrology at the United Kingdom’s University of Sheffield in England, was particularly interested in sperm morphology. Andrology is the study of male health, with special emphasis on reproductive and urologic concerns unique to men. Sperm morphology refers to the size and shape of sperm.

Pacey’s research team collected self-reported lifestyle data from 1,970 men who were undergoing fertility assessment at any one of 14 fertility clinics across the UK during a 37-month period that began on January 1, 1999. All men were 18 or older and had not achieved conception after 12 months of unprotected sex.

Sperm assessment by the fertility clinics identified 318 “cases” (men with poor sperm quality) and 1,652 with no sperm quality concerns. Poor sperm quality is defined by the World Health Organization as fewer than 4% of normally shaped sperm for every 200 sperm in a sample.

The list of the most-controllable possible lifestyle links to male infertility in Pacey’s study included consumption of alcohol, cigarette smoking, use of recreational drugs (including pot smoking), body mass index (BMI), and preferred type of underwear. Additional lifestyle possibilities included medical history, history of having the mumps, and employment history.

Three factors proved to be most closely associated with poor sperm morphology:

These findings suggest many lifestyle choices have little effect on sperm morphology so there is no need to delay assisted reproductive technologies simply to allow time for lifestyle adjustments.

There is concern the Pacey study findings may not be highly conclusive due to the nature of the data collection. Self-reported information is not as reliable as clinically derived data. Also, of the entire body of men eligible for enrollment in the study, only about 40% volunteered. The low enrollment rate may be an indication that many of the men seeking fertility assessment during the study period chose to keep their personal lifestyle choices private.