Ontario is the latest Canadian province to consider public funding for in-vitro fertilization (IVF) treatments regardless of the cause of infertility. Several other provinces across Canada have already added publicly funded benefits to their public health programs but each comes with its own set of limitations. 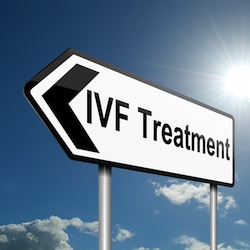 Currently, in Ontario IVF is "only insured for the first three treatment cycles where the infertility is due to complete bilateral anatomical fallopian tube blockage that has not resulted from a sterilization procedure." The new proposal would cover the cost of one IVF cycle regardless of the cause of infertility but it would not cover the cost of drugs and other services that accompany IVF.

Deb Matthews, Health Minister of Ontario, says it is still undecided on how the IVF coverage would be handled: as a tax credit or as a benefit provided by the Ontario Health Insurance Plan. She estimates an annual expenditure of $50 million once the program is fully operational.

Matthews expects the new policy to make safe IVF treatments available to more women, some of whom may be tempted to try risky alternatives that can have long-term, expensive repercussions. No advisory recommendations have been established yet but Matthews expects recommendation for a single embryo transfer in lieu of multiple embryos transferred at once.

Quebec became Canada's first province to provide public funding for IVF. Coverage there is for three to six cycles involving the transfer of one embryo per cycle; coverage includes drugs and other associated expenses. The goal in Quebec is to provide several opportunities for a single embryo to become viable rather than using multiple embryos in a single cycle.

The Quebec approach eliminates the risk of one pregnancy producing multiple babies. A high-risk pregnancy involving multiples can be very expensive, especially when their birth is premature. Such babies often face a lifetime of costly medical complications. Yves Bolduc, previously the Minister of Health and Social Services for Quebec, estimates the province's public health system has saved as much as $60 million a year using this approach.

A tax credit in Manitoba makes IVF a possibility for people of that province. The Fertility Treatment Tax Credit there allows people to deduct 40% (up to $8,000) of the costs of infertility treatments.

There is no IVF coverage in British Columbia but certain other fertility treatments and diagnostic tests are covered.