Two Embryos More Viable Than One for First-Time Mothers 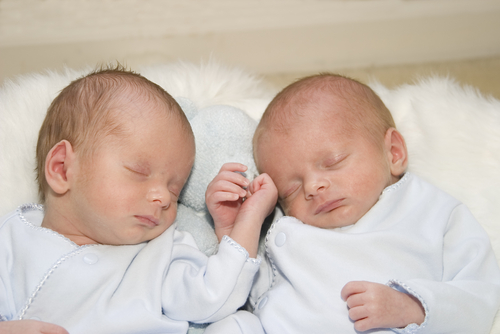 According to recommendations from the Human Fertilisation and Embryology Authority (HFEA), only a single embryo should be used for in-vitro fertilization (IVF) to reduce the chance of multiple pregnancy (pregnancy with more than one fetus). Researchers, however, find two embryos are more viable for women who are attempting pregnancy with their first child.

British researchers recently reviewed information from more than 30,000 IVF births. According to the research, when two embryos were implanted during IVF procedures completely on childless patients, the rate of success was higher than if one embryo is transplanted. However, transplanting three or more embryos did not increase the likelihood of pregnancy.

Recently, fertility clinics have been scrutinized for using more than one embryo transfer, which increases the chance of multiple births. The main focus of the scrutiny involves women under the age of 35 who have more viable, healthy eggs. The HFEA set goals for reducing the number of multiple births via IVF to 20-percent in 2010/11 and eventually to 15-percent in 2011/12. The 2010/11 goal was met, but researchers and doctors are not convinced transplanting one embryo is the best option for all patients.

During research completed at Bristol University, nearly 125,000 IVF cycles were analyzed. After the cycles were complete, just more than 33,000 live births were recorded. The participant records were split into two categories – over 40 and under 40. In both categories, women fertility treatments using more than one embryo were more successful than those using only one embryo. According to researchers, “We found that the number of embryos successfully fertilised affected the outcomes, so that in a younger woman with only two or a small number of embryos successfully fertilised there may be a case for transferring two, rather than just one.”

Researchers also noted that there was not support, based on the study outcome, for transferring more than two embryos.