Follow us on Instagram
Our app takes the guesswork out of getting pregnant. Get Obie for iOS Now!
Getting Pregnant » Fertility Treatment 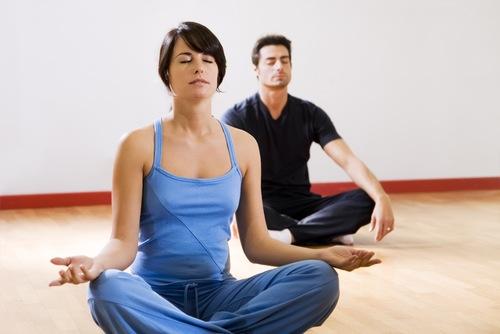 What do Anne Boleyn, Anne of Cleves, Catherine Howard, and Catherine Parr have in common? They were unable to bear a healthy son for Henry VIII. Their maternal misfortune cost Boleyn and Howard their lives, Cleves her English throne.

Maybe if they’d known to place a big chunk of smoky quartz in their boudoir, history would be different. Rose quartz, cowry shells, mandrake root, dancing around the Maypole, or a night of passion on the chalk bedrock of England’s Cerne Abbas Giant might have done the trick, too. Maybe they could have turned to frogs, bunny rabbits, goats, monkeys, or rainbow serpents to ask for a child.

Fortunately, today’s couples seeking parenthood can turn to medicine, not magic, for fertility enhancements that really work, even if some of it seems a bit quirky in its own right. These six science-based ways to enhance fertility have proven track records for conjuring up babies.

A 2013 study of polycystic ovary syndrome, or PCOS, found women who feasted on big breakfasts of almost 1,000 calories (half their daily caloric intake) were more likely to ovulate regularly after three months. The old adage to breakfast like a king, lunch like a prince, sup like a pauper seems to pay off for women who breakfast like a queen, too.

Put the small fry on the menu when trying to get pregnant. It’s best to avoid the biggest catch — mackerel, shark, swordfish, tuna, and such — because the larger the predatory fish, the longer mercury has been accumulating in its body. Each little fish these big guys eat adds to their toxic mercury load which is never broken down or expelled from the edible parts.

Ease Back on Vigorous Workouts

Regular exercise is one of the best things a woman can do for herself and the baby she dreams of but too much of a good thing can cause delays. A 2012 Danish study revealed that conception took longer for women of normal weight who exercised vigorously for five or more hours a week than for women who enjoyed more gentle workouts.

Lube with Little Swimmers in Mind

Sexual lubricants can be great fun but many formulations interfere with the sperm’s ability to reach the cervical canal. Choose your lube with little swimmers in mind. Avoid water-based lubricants. Choose mineral oil or conception-friendly lubricants such as Pre-Seed instead.

The blue glow emitted by electronic devices such as a TV, smartphone, or mobile tablet, can interrupt the body’s production of the sleep-inducing hormone, melatonin. So can streetlights and lights from alarm clocks, bathrooms, hallways, and other parts of the house that cast a glow into the bedroom. A solid sleep schedule enhances egg health and fertility so befriend the dark enough to spend a minimum of eight hours a night in as much darkness as possible.