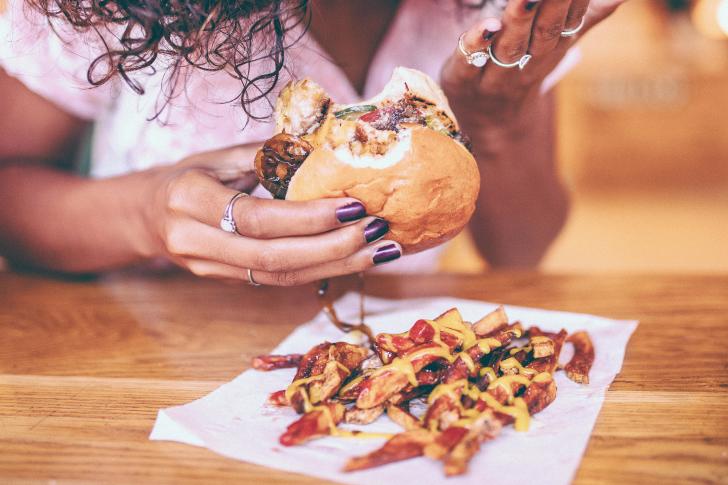 A new study from Consumer Reports (CR) may suggest that some rethinking about your beloved burger is in order. Industrial-scale beef producers include antibiotics as a daily part of their livestock’s diet to prevent the spread of infectious diseases that thrive in the muck-filled feedlots where cattle live the last few months of life before slaughter. These organisms can be responsible for some of the cases of diarrhea and gastroenteritis observed after eating contaminated food ("food poisoning").

Critics of the antibiotic-laced livestock food supply say these drugs get passed on to the humans that eat them. The new CR study indicates the drugs don’t kill much bacteria either. Analysis of ground beef bought at various locations across the nation found substantially more bacteria in supermarket ground beef than in organic ground beef less widely available. Perhaps more troubling is the abundance of superbugs (antibiotic-resistant bacterial strains) in the conventional hamburger meat.

The CR research team bought 458 pounds of hamburger meat from 103 supermarkets, big-box, and natural food stores in 26 cities across the nation. Some of the meat was:

All meat samples were analyzed for the presence of these illness-causing bacteria:

Only four companies in the US process more than 80% of the nation’s beef supply.

A tale of two burgers

All samples tested positive for contamination from at least one bacterial strain. Ten percent contained a strain of S. aureus that can produce deadly toxins that cannot be neutralized even with high-temperature cooking.

Conventional hamburger meat was contaminated by:

The Washington Post reports these findings were hailed as good news by the North American Meat Institute because there was no evidence of deadly E. coli 0157 in any of the meat samples CR tested.

Superbugs are a growing threat to public health. Each of these bacterial strains has grown resistant to at least three classes of antibiotics, making them almost impossible to treat. Superbug contamination was found in:

Why ground beef is more dangerous than steak

When a big chunk of meat is ground into hamburger meat, thousands of little bits of meat are formed. Think of them as mini-steaks. They have much more surface area than interior area. It’s only the surface area that picks up bacterial contamination.

Slaughter and butchery are a nasty business; as many as 400 cows are slaughtered in an hour. It’s difficult to keep machinery, personnel, and packaging materials scrupulously clean. Meat may be ground many times at various locations and the meat from one cow is mixed with that of many others. When one sick cow is slaughtered and processed, the bacteria making it sick is transferred throughout the butchery process all the way to the meat in a burger patty. Every burger patty, every package of ground beef contains the meat from hundreds, if not thousands, of cows.

Steaks, roasts, and other big cuts of meat that are cooked whole have much more interior than surface area. As these big cuts are thoroughly cooked on the outside, heat kills the bacteria on the surface. Since the massive interior has never touched any contaminated surfaces, hands, or equipment, it is free of germs and safe to eat when cooked rare or medium rare (with an interior temperature less than 160 degrees Fahrenheit).

Burgers, however, must be cooked to 160 degrees or higher all the way to the center of the patty to ensure all the surfaces of all the tiny bits are thoroughly cooked, even those in the very center of a hamburger patty. If the center of a patty is left pink, the bacteria on it are still alive and can contaminate an entire plate of food, causing illness, if not death.

Cooking a burger till it’s crispy on the outside but pink in the center only kills germs on the surface of the patty. To serve a safe burger or other dish made from ground meat, every surface of every tiny mini-steak must be thoroughly cooked.

Ground meat from other animals — turkey, pork, lamb, veal, etc.  — goes through similar processing and has the same surface-area concerns. Cook all ground meats to 160 degrees or higher for the ultimate degree of safety, no matter the recipe.