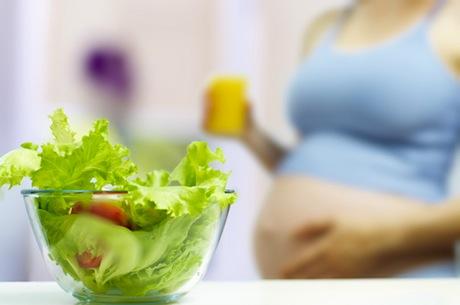 During pregnancy, many women look for ways to improve their diet. Weight gain during pregnancy is expected but within healthy limits. Fats contain the most calories per gram (9 calories per gram versus 4 calories per gram for carbs and protein) so dietary fats often get the most scrutiny. But there are dozens of kinds of fats to choose from. The array can be mind-boggling. Fortunately, scientists at the University of California (UC), Riverside, are conducting a series of tests that compare the pros and cons of various fats and oils. They find that some fats, such as soybean oil, are linked to more excess pounds than others.

Fats and oils are both fatty acids that the body requires for optimum health but too much of either can lead to undesirable added pounds, obesity, and medical complications that include diabetes, fatty liver disease, irritable bowel disease (IBD), and cardiovascular disease.

Fats are solid at room temperature; oils are liquid. The difference is the chemical structure of the fatty acid molecules but they both pack the same high-calorie punch. Overconsumption of either can lead to extra pounds.

The UC research team used mice in their study, which involved feeding four different groups of mice four different diets and then examining them for evidence of weight gain and other negative effects. The four diets in their most recent study contained 40% fat, which is what the average American human eats. All diets contained the same amount of food and the same number of calories.

The difference in diets was the type of fat or fructose each contained. Fructose is the main sugar ingredient in many sweetened beverages. As food and beverage manufacturers added more and more fructose to their products, the more and more pounds the average American gained.

The four diets under study involved:

The results were varied but those on Diet #2 (soybean oil) seemed to suffer the most negative health consequences:

Soybean Oil in the Food Supply

Soybean oil is a major ingredient in many processed foods, especially sauces, salad dressings, and sandwich spreads such as mayonnaise. For healthiest fat intake, read labels and avoid foods that list soybean oil as one of the first five ingredients. Most soybeans used in the mass-produced food supply come from genetically modified (GMO) sources.