Most adults who choose to smoke tobacco products do so with the understanding they are harming their health in the process. What may be less widely understood is the harm the smoker does to the children he or she shares a home and an automobile with. The recently published findings of a study involving thousands of children indicates secondhand smoke exposure adds years of wear to kids' arteries and the damage seems irreversible. 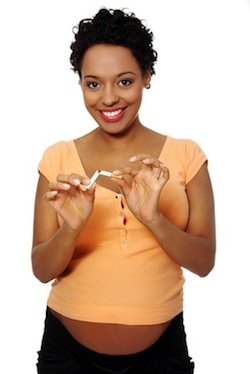 Dr. Seana Gall headed up the study headquartered at Australia's University of Tasmania. She and her research team used data from the Cardiovascular Risk in Young Finns Study (YFS), involving 2,041 children, and the Childhood Determinants of Adult Health Study (CDAH), involving 1,375 children.

In 2001 and 2007, the left carotid arteries of the children were measured at multiple points with ultrasound technologies.

The CDAH, conducted in Australia, involved children from 9 to 15 years of age in 1985. Their parents' smoking habits were categorized in the same three-group system as in the YFS and similar household lifestyle factors were documented.

Between 2004 and 2006, when the study participants were between 26 and 36 years of age, their left carotid arteries were measured in multiple locations with ultrasound equipment similar to that used in the YFS.

In both studies, the ultrasound measurements allowed the researchers to determine a vascular age of the study participants' carotid arteries. In households where both parents were smokers, the children's arteries were determined to have aged 3.3 years faster than their study peers in households were just one parent or neither parent smoked.

Dr. Gall says the study "shows that exposure to passive smoke in childhood causes a direct and irreversible damage to the structure of the arteries." She urges all parents and adults anticipating parenthood to stop smoking. Doing so will improve the health of the adults and protect the health of the children.