Follow us on Instagram
Our app takes the guesswork out of getting pregnant. Get Obie for iOS Now!
Pregnancy » Complications » Diabetes

The link between snoring and gestational diabetes

A new study from researchers at the Northwestern University Feinberg School of Medicine has found that women who reported frequent snoring during their pregnancy were more likely to develop gestational diabetes -- a condition than can cause health problems for the mother and baby. The study also found pregnancy increases the likelihood that a woman will snore.

This is the first study to report a link between snoring and gestational diabetes. 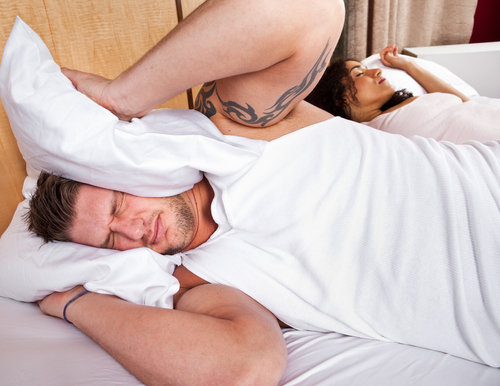 For the study, 189 healthy women completed a sleep survey at the time of enrollment (six to 20 weeks gestation) and in the third trimester.

The study also showed more women became frequent snorers as their pregnancies progressed. Early in pregnancy, 11 percent of women in the study reported frequent snoring; by the third trimester, the number rose to 16.5 percent. Frequent snoring was defined as snoring three or more nights a week.

Facco said snoring during pregnancy may be triggered by weight gain and edema (a buildup of fluid), which can increase airway resistance. Exactly how the snoring is linked to gestational diabetes is not yet known.

About 4 percent of pregnant women develop gestational diabetes, a condition in which women without previously diagnosed diabetes develop high blood sugar levels during pregnancy. Babies born to mothers with gestational diabetes are at increased risk of problems such as being large for gestational age, which may lead to delivery complications. These babies may also have low blood sugar levels and are at increased risk of becoming obese or developing impaired sugar tolerance or metabolic syndrome later in life.

While gestational diabetes usually resolves after pregnancy, women who develop it are at higher risk for type 2 diabetes later in life.