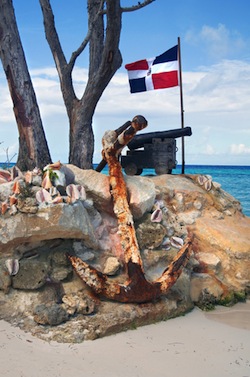 There are Jewish Penicillin recipes from all over the world. This
Dominican chicken soup recipe packs a unique flavor with a touch of
exotic fruit to give a new taste to this treatment for colds in
pregnancy.

The ingredients are full of healthy nutrition that may help to boost the immune system and clear up colds faster.

The first known Jews to reach the island of Hispaniola were Spanish Jews. They arrived in 1492, when the island was discovered by Christopher Columbus.

During World War II, the Dominican Republic opened the borders and agreed to accept 100,000 refugees.  Between 1939 and 1942 the DR issued around 5,000 entry visas, but only about 600 Jews made their way to the Caribbean country. After the end of WWII a few more Jews who had been stuck in Shanghai during the war also arrived to the DR. In all about 705 Jews had passed through the Dominican Republic. The population of Jewish people in the Dominican Republic today is about 300 with the number dropping slowly due to emigration.