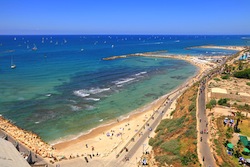 Israel is a thriving Jewish state that was a safe haven for the European
Jewish population during World War II they love jewish penicillin
chicken soup.

In 1937, European Jewish immigration due to Nazi power in Germany, increased the Jewish population in Tel Aviv to 130,000. After the war, the numbers dropped to about 30,000 by 1945. Population of the Jewish community in Tel Aviv today is estimated near 2.6 million.

This unique Jewish Penicillin recipe from Tel Aviv packs parsnip, Italian parsley and fresh thyme. The addition of Matzo balls allows the chicken soup to be served as a hearty dinner. Jewish Penicillin is safe for protecting women from cold in pregnancy.