Energy Drinks Are Not Safe During Pregnancy 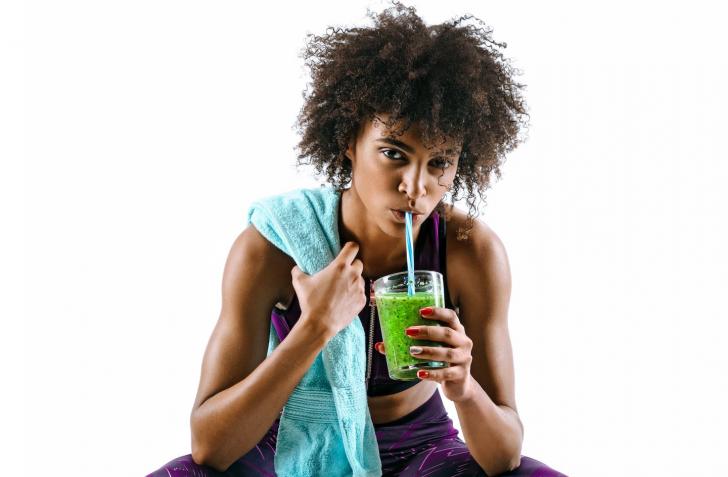 It's not the energy drink per se that makes them unsafe during pregnancy; it's what goes into them. It's possible that some natural drinks could be considered safe, yet many ingredients that go into the most popular energy drinks on the market are not deemed healthy for pregnant women. You need to read the ingredients carefully so you better understand what the energy drink contains.

What ingredients are in energy drinks?

Recently, a published study confirmed adverse outcomes of energy drinks in pregnancy. The authors said that perinatal exposure to energy drinks induces oxidative stress, tissue injury and behavioral alterations in the mice newborns. They concluded that the consumption of EDs during pregnancy and lactation has a negative impact on the newborns and should be treated as a significant health problem that warrants attention.

Believe it or not, one of the safer ingredients is sugar. Sugar can be consumed during pregnancy in moderation if you don't have Type I, Type II or gestational diabetes. B vitamins are also considered safe during pregnancy and can be found in over-the-counter prenatal vitamins. Antioxidants such as Vitamin C and Vitamin E are not only safe during pregnancy but are a crucial part of free radical repair before, during and after pregnancy.

However, some of the common energy drink ingredients are not considered safe during pregnancy. Caffeine and Guarana (a fancy name for caffeine) are of particular concern. Typical energy drinks usually contain 80–150 mg of caffeine per 8 ounces, which is equivalent to 5 ounces of coffee or two 12-ounce cans of caffeinated soda. Caffeine can increase the risk of miscarriage with only 100 mg consumed per day. Energy drinks can have as much as 200 mg of caffeine per serving. The risk of miscarriage increases proportionately with the amount of caffeine consumed.

The remaining ingredients are holistic and alternative. There are very few clinical studies on holistic ingredients and even fewer studies on the effect of ingredients like taurine, milk thistle and Glucuronolactone on the fetus. Most herbal ingredients are included in energy drinks to assist the metabolism of fat into energy, increase energy production in the body, or boost natural amino acids.

The most common ingredient found in energy drinks is caffeine. While small amounts of caffeine do not seem to affect fertility, caffeine can impact both male and female infertility when taken in larger quantities.

The subject of caffeine consumption and male fertility has a subject of debate. However, a recent study on caffeine consumption and fecundability (the probability of being pregnant in a single menstrual cycle) shows some interesting findings for men. The study finds that caffeine intake is associated with reduced sperm concentration, total sperm count and higher testosterone levels. Male caffeine intake has been associated with reduced fecundability.

It’s worth noting that caffeine is not the only ingredient in energy drinks that can affect fertility. Soda intake causes an increased risk of insulin resistance, metabolic syndrome and weight gain which can lead to subfertility. Male soda intake has been shown to deleteriously affect sperm characteristics.

In women, soda intake has been associated with a reduced chance of getting pregnant. Of course, the excess sugar also poses the threat of insulin resistance, metabolic syndrome, and weight gain, just as it does in men. These body changes caused by sugar create a less than optimal physical state to conceive and/or be pregnant.

While there is no clear research that states that caffeine prevents a woman from getting pregnant, it only makes sense that you reduce your caffeine intake while trying to conceive. Once you are pregnant, you’ll want to do everything you can to assure that your baby is nourished well and thriving, and cutting down on caffeine beforehand is a great way to prepare for a healthy pregnancy.

In the end, there is no proof energy drinks work to increase energy through any function other than through the supply of caffeine to the body.

Read More:
Can I Drink Coffee During Pregnancy?
The Effect of Caffeine on Fertility