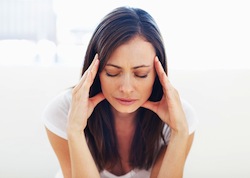 Brucellosis is one of the rarest bacterial infections reported in pregnancy. Infection requires coming in contact with animals, animal meat or animal milk infected with the brucellosis bacteria.

How can I get brucellosis?

Contracting a brucellosis infection typically requires coming in contact with animals infected with the bacteria or eating products such as cheese or unpasteurized chees from infected animals. Sheep, cattle, goats, pigs and dogs are known carriers of the bacteria. Coming in contact with animals, consuming or touching infected meat, eating cheese or drinking unpasteurized milk from infected animals are the main causes of infection.

Symptoms of a brucellosis infection mirror a mild case of the flu. Patients may experience:

Can I test for brucellosis during pregnancy?

Testing for brucellosis during pregnancy can be ordered if patients are at increased risk for infection. Due to the rarity of the infection and general nature of the symptoms, brucellosis tests are not typically ordered unless risk factors are present. Tests for the infection can be performed on:

What are the potential complications with brucellosis in pregnancy?

Brucellosis infections during pregnancy are rare, but clinical studies and reports have noted an increased risk of spontaneous abortion, and fetal and maternal/neonatal death. Cases with unexplained spontaneous abortion should be investigated for brucellosis.  Other possible complications may include premature rupture of membranes, premature delivery, low birthweight and intra-uterine growth retardation, and endometritis.

Treatment for brucellosis during pregnancy

Brucellosis infections are typically treated with antibiotics to fight the infection, though some doctors and researchers suggest anti-microbial agents be used in pregnant women. Brucellosis is a long-term illness, similar to tuberculosis. The condition can stick around for years and flare up at any time. Doxycycline and Rifampin are the suggested drugs for treatment. Doxycycline is in pregnancy category D. There is a proven risk to the fetus and the drug should not be used during pregnancy. Rifampin is in pregnancy category C. Pregnancy risk has not been ruled out for this drug.

Can I breastfeed with brucellosis?

One of the ways to become infected with brucellosis is through consumption of animal milk. The bacteria are present in human breast milk and can be passed to the infant during breastfeeding. There are some reports that antibiotic treatment can be used to prevent transmission, but this treatment may not be viable in all cases. Talk with your physician and pediatrician about the risk of transmission and alternative feeding methods if breastfeeding is deemed unsafe.

Here is a review of 101 cases of brucellosis during pregnancy.