Astelin During Pregnancy and Breastfeeding 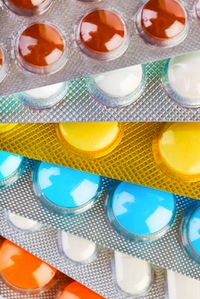 Summary Recommendations: Astelin is an antihistamine; prescribed to combat histamine reactions associated with allergies. The medication is specifically designed to treat or prevent nasal symptoms. The FDA placed the prescription allergy medication in drug category C because risk to the pregnant woman or fetus cannot be ruled out.

General Precautions: Patients who have a medical history of allergic reaction to azelastine or medications containing azelastine should not use Astelin. Astelin may alter reaction time; pay special attention to your reaction to the drug before driving or operating machinery. Drinking alcohol while using Astelin may increase side effects.

Common side effects associated with Astelin include dry mouth, nosebleed, bitter taste, headache and burning of the nose. More serious side effects may include shortness of breath, difficulty breathing and increased heart beat. If you have experienced or are experiencing side effects of any kind, report the side effects to the prescribing physician.

Effects While Trying to Conceive: Researchers tested doses 240 times that prescribed to humans in animal studies with no effect on male or female fertility. At 560 times the normal human dose, researchers noted negative side effects on female fertility (in animals), including longer estrous cycles and reduced number of pregnancies.

Effects on Pregnancy: The FDA drug category C means there may be cause for concern regarding use of Astelin in pregnancy. Fetal malformations and death occurred in animal studies, but the dose delivered to animals was approximately 280 times that give to humans. At 10 times normal human dose, no pregnancy or fetal side effects were noted. Due to the potential for negative fetal side effects, Astelin should only be used by pregnant women when the benefits clearly outweigh potential side effects. If you are taking Astelin when you find out you are pregnant, contact your allergist, prescribing physician or obstetrician. Your treatment protocol may be changed for the duration of the pregnancy.

Safe During Breastfeeding: There have been no reports of negative side effects in infants breastfeeding to mothers using Astelin. Few, if any, medical studies exist on potential breastfeeding side effects, but a few mothers reported irritability and symptoms of colic. Antihistamines may be associated with drowsiness in infants, about 1.6% of mothers interviewed reported infant drowsiness.

Antihistamines are known to reduce serum prolactin levels. There is a small chance some women may experience reduced milk production when taking or using an antihistamine.