Bronchodilators During Pregnancy and Breastfeeding 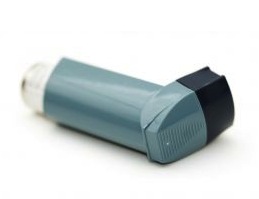 Indications: Short or long-term treatment of asthma and other lung conditions.
FDA Drug Category: B or C

Summary Recommendations: Bronchodilators are most often prescribed for the treatment and control of asthma symptoms. It is best to maintain your current medication regime when you find out you’re pregnant.

There are three bronchodilator classes: theophyllines, beta-agonists and anticholinergics.

The three bronchodilators can be used in combination to reduce symptoms of asthma, COPD and other conditions that cause difficulty breathing due to airway constriction.

General Precautions: The biggest mistake pregnant women can make is to stop using bronchodilators when they find out they are pregnant. Bronchodilators offer prolonged and immediate relief from asthma symptoms. While the fetus does not feel shortness of breath, when a pregnant woman suffers an asthma attack blood oxygen levels fall and that means less oxygen in the blood and less oxygen delivered to the fetus.

If you are using a newly approved drug, your doctor may suggest switching to a drug with a longer medical history. The longer a drug has been in use, the more clinical reports are collected. Newer drugs do not have the history of use in pregnancy and thus remain relatively untested for several years.

Effect While Trying to Conceive: Bronchodilators do not appear to have any effect on fertility.

Safe During Breastfeeding: Bronchodilators are safe for use during breastfeeding. If your symptoms change after delivery your doctor may change your medications or increase/decrease dose/strength as needed. It is extremely important to stay in close contact with your asthma physician for the first few months after delivery as some women recognize prolific symptom changes during this time.