Follow us on Instagram
Our app takes the guesswork out of getting pregnant. Get Obie for iOS Now!
Pregnancy » Complications » Multiples

What Are The Different Types of Twins? 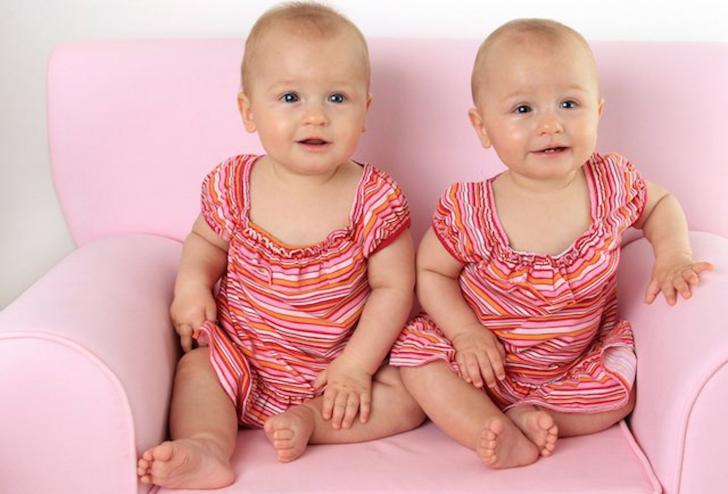 About 1 in 90 spontaneous human births (1.1%) result from a twin pregnancy. Twins account for about 1% of all spontaneous pregnancies, but up to 35% of IVF pregnancies are twins.

The incidence of spontaneous twin pregnancies depends on the mother's ethnicity and is as follows:

With fertility treatments and IVF, the number of twin births can increase significantly as high as 1 in 3 pregnancies. 1 in 50 people is a fraternal twin in the USA, and 1 in 150 is an identical twin. 1/3 of all twins born in the United States are identical, but in Japan, the figure rises to 2/3.

There are different types of twins:

Dizygotic are twins which result from the fertilization of two different eggs with two different sperms. Dizygotic twins form when two separate sperms fertilize two separate eggs. They are genetically like siblings, sharing about 50% of the genes.  Each fetus lies within its own two membranes (chorion and amnion) and they do not share blood vessels. All dizygotic twins have two membranes each (dichorionic-dizygotic) and two placentas, though occasionally the placentas attach. Dizygotic twin pairs can be girl/girl, boy/boy, or girls/boy. Dizygotic or fraternal twins are non-identical. The rate of spontaneous dizygotic twins varies by population. It is highest among African-Americans and lowest for Asians.

Dizygotic twin pregnancies are more likely when the following factors are present in the woman:

All dizygotic twins are dichorionic, which means they have two separate sacs and two placentae.

Monozygotic twins result from the fertilization of one egg and one sperm. The fertilized embryo then splits within days after fertilization resulting in two individuals which usually share the same chromosomes. Monozygotic twins are also known as identical or maternal twins. They are genetically identical sharing about 100% of the genes. Depending on when the fertilized egg splits, you can have either different sacs (dichorionic/diamniotic), the same outer sac and two inner sacs (monochorionic/diamniotic), or they are within the same 2 sacs (monochorionic/monoamniotic).

In the last 20 years, the incidence rate of twins has increased. This increase is most marked for dizygotic twins. It is estimated that about one-third of the increase in multiple births is a consequence of childbearing later in life, but the majority of the effect is due to the use of assisted reproduction techniques (ART) like ovulation induction and in-vitro fertilization (IVF).

The prevalence of monozygotic (maternal/identical) twins is about 1 in 250 pregnancies, is similar in all ethnic groups, and does not vary with maternal age. However, the incidence of monozygotic twins may be 2-3 times higher following in-vitro fertilization procedures.

The prevalence of dizygotic twins varies with:

In general, about two-thirds of all spontaneous twins are dizygotic (fraternal/non-identical) and one-third are monozygotic (maternal/identical). 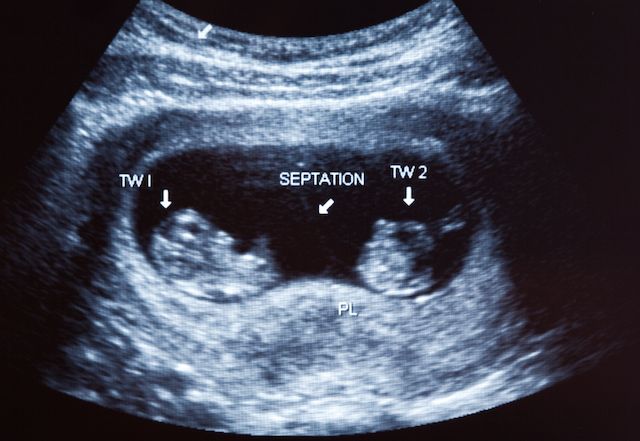 Sharing of the Placenta in Twins 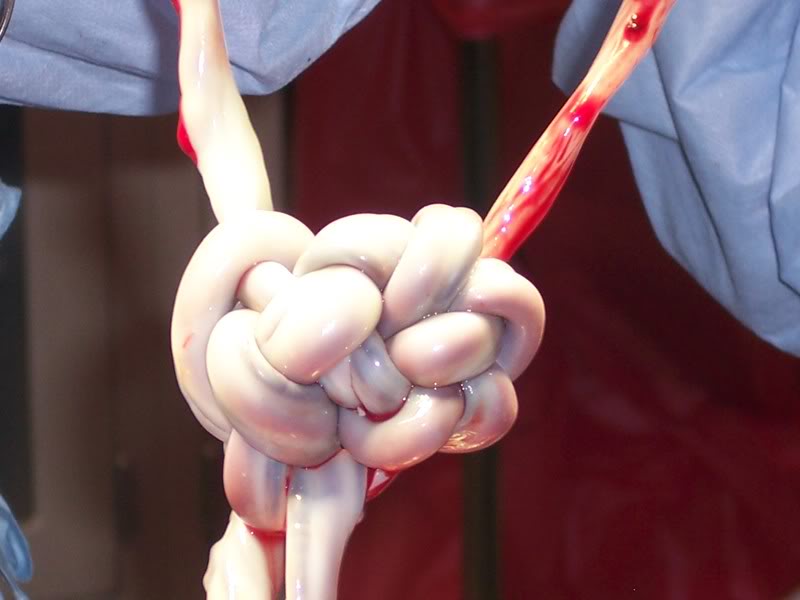 Zygosity
Whether twins are MZ or DZ can be determined by analysis of DNA samples from blood or other tissues. All, unlike sex twins, are DZ. All monochorionic twins are MZ. Thus DNA analysis is required for the approximate 50% of twins who are like sex with dichorionic placentas.