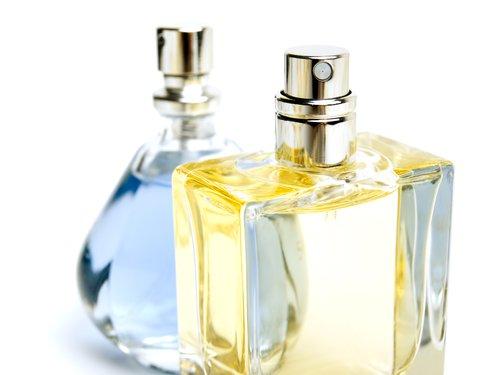 Perfume is created from natural and artificial scents and chemicals. The chemicals used in perfume are typically thought to be safe for use during pregnancy. One recent study, however, has proposed a possible link between fetal male development and perfume usage during the first 12 weeks of pregnancy.

According to the study, male rats born to mothers who were exposed to perfume during the first 12 weeks of pregnancy were more apt to suffer from infertility or undescended testes. No human studies have been completed to support this effect in human fetal development however it is thought that the chemicals in perfume may block androgen release, which is crucial for the development of the male fertility system.

Using a chemical-based perfume during pregnancy may not be the best choice.

Other researchers and doctors are concerned about the use of perfume during pregnancy due to phthalates. Phthalates are toxins that are used in some perfumes. Phthalates are being tested for their effect on pregnancy, but no definitive results have been released. Potential side effects from chemical-based perfume can include skin, hormonal and respiratory problems.

In order to keep the fetus healthy, using a chemical-based perfume during pregnancy may not be the best choice. Changing hormone levels in the pregnant woman’s body may actually work to her advantage as certain smells and scents suddenly do not smell as good as they once did after conception. A healthy alternative would be a 100% natural perfume or scented oils without added chemicals.

Application of perfume directly to the skin may cause irritation for some women, specifically because skin can become oversensitive during pregnancy. Scented lotions and creams may also cause irritation and typically include the same perfumes and chemicals as perfume does in lesser amounts.

When in doubt, soaps, lotions, and creams used during pregnancy should contain no chemicals or harsh irritants. This not only saves pregnant women the trouble of dealing with skin breakouts but also could protect the health of the fetus.