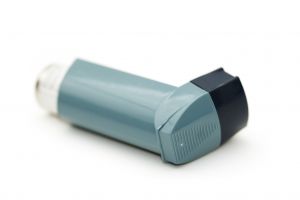 Pregnant women with asthma typically used inhaled glucocorticoid during pregnancy. Glucocorticoids relax the lungs and make it easier to breathe. While the risk of disease does not increase when the fetus is exposed to these asthma medications, the risk of metabolic problems and endocrine disturbances may increase.

The study was completed by researchers collecting information from the Danish National Birth Cohort. More than 65,000 records were investigated for the purpose of the study. Participants were followed with up-to-date medical updates. There was no association between using inhaled glucocorticoid and increased risk of disease in childhood, but there was an increased risk of metabolic disturbance and endocrine problems. However, researchers were happy to report that the overall risk was low enough for these treatments to be considered acceptable during pregnancy.

Of the 65,000 mother/child pairs in the study, only slightly more than 6% suffered from asthma. The age of the children at follow-up ranged from 3 ½ to 9 with the median age being about 6 years old. Researchers noted the increased risk of endocrine and metabolic problems, but there were no other health issues associated with using inhaled glucocorticoid, including the most common inhaled medication budesonide.

According to Gunther Meinlschmidt, PhD, “This is the first comprehensive study of potential effects of glucocorticoid inhalation during pregnancy on the health of offspring, covering a wide spectrum of pediatric diseases. While our results support the use of these widely used asthma treatments during pregnancy, their effect on endocrine and metabolic disturbances during childhood merits further study."

In addition to further study on the connection between inhaled asthma medications and increased risk of endocrine and metabolism problems, researchers noted the results of the study were limited by self-reporting techniques. The dose of medications taken during pregnancy was not reported. The research was also limited to inhaled glucocorticoid and did not include any other forms of medication delivery.