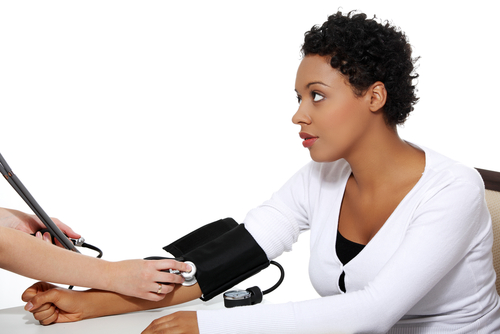 If you develop pregnancy-related hypertension or diabetes, you could be at increased risk for cardiovascular disease later in life, according to a new study published by Circulation, a Journal of the American Heart Association publication. Particularly affected were women who developed preeclampsia, which is a dangerous complication of pregnancy that causes hypertension. There is no cure for preeclampsia and in severe cases, the pregnancy must be ended early.

The study involved more than 3,400 women taking part in the Avon Longitudinal Study of Parents and Children. More than 1,000 women in the study suffered on complication during pregnancy. About 175 women suffered two complications and just 26 suffered three complications. Among the complications reported in the study were preeclampsia, gestational diabetes and early delivery. After 18 years, researchers caught up with the women participating in the study. The average age of the women at this point was 48 years old.

Using the 10-year CVD Framingham risk score, the women were evaluated for potential risk factors for cardiovascular disease in the next decade. The analysis included cholesterol levels, current diabetes state, smoking and blood pressure. Researchers found that pregnancy complications like gestational diabetes and preeclampsia caused an increased risk score for women in the study. Particularly, gestational diabetes increased the risk of cardiovascular disease by 26-percent and preeclampsia increased risk by 31-percent.

According to Abigail Fraser MPH, PhD, “Pregnancy may provide an opportunity to identify women at increased risk of heart disease while they are relatively young; thus, it would be useful for medical professionals to have information on pregnancy complications so they can recommend lifestyle changes and any necessary medical intervention sooner.”

It is important to note that none of the women in the study had yet to have an issue with cardiovascular disease. The study pool was also made up of mostly white women, so the effect on other races and cultures has yet to be examined.