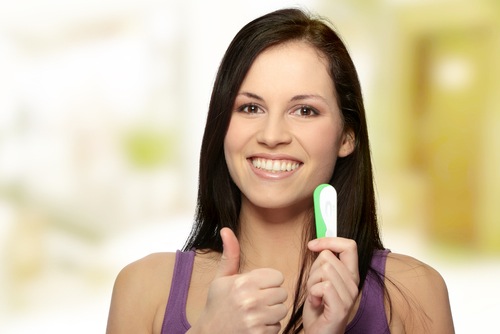 A team of scientists in the United Kingdom are working on a pregnancy test that may revolutionize the way maternal and fetal health are monitored during pregnancy. Once perfected, the test will detect twins, Down syndrome, preeclampsia, miscarriage risk, gestational cancer, and other issues that concern or threaten a pregnancy.

The test — the MAP test — came about by accident. Some of the people currently involved spent years analyzing hCG (human chorionic gonadotropin) in urine tests collected for fertility studies being conducted at Yale University and the University of New Mexico. The body produces the hormone, hCG when a fertilized egg implants in the uterine wall. Today’s pregnancy tests, including the ones women do themselves at home, detect hCG in the urine as confirmation of pregnancy.

This discovery led to further study of the structural differences which led to matching structural differences to other pregnancy-related conditions that include multiple births, gestational diabetes, ectopic pregnancy, and chromosomal disorders other than Down syndrome. The MAP test is in the final stages of development for some of these disorders and is expected to be available for limited diagnosis within the next six months.

Once on the market, a woman in the 8th week of gestation or later will be able to supply one urine sample from anywhere, including the comforts of home, and ship it to a lab for testing. Each condition (Down, preeclampsia, miscarriage risk, etc.) is tested separately but test results for each condition can be returned in about 15 minutes once testing begins, speeding up the diagnostic process by days or even weeks.

The MAP test is being developed by a company called Map Diagnostics, headquartered in Hertfordshire, England. The company website describes the test as “non-invasive” and requiring “no surgery, no blood sampling, no scans.” The goal is to develop a comprehensive test that is more accurate and less expensive than the invasive blood and amniotic fluid tests in use today.

The MAP test for preeclampsia is expected to be ready to market in early 2016. The test for Down syndrome is more likely two years away from public use.

The MAP Test and Down Syndrome

Questions of accuracy have arisen, as they do with all new diagnostic tests. Many complications of pregnancy can be treated or monitored effectively but a diagnosis of Down syndrome leads some parents to terminate the pregnancy.

The MAP test team recently published its findings of a study of 1,000 samples. The test accurately diagnosed Down syndrome in 70% of the samples from Down syndrome pregnancies. There were no false-positive test results. While these findings are impressive, the research team continues to analyze samples and improve the diagnostics for this element of the test due to ethical and moral concerns that influence pregnancy termination when Down syndrome is detected.