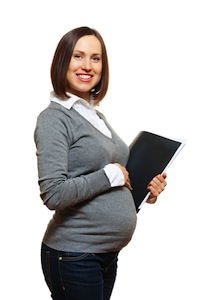 Job hunting is never fun, even when the economy is soaring and jobs are plentiful. When the job market isn’t so ideal, employers look for ways to weed through the many applicants vying for a single position. Unfortunately, pregnant applicants are often weeded out quickly, based on nothing more valid - or legal - than the mere state of being pregnant.

Pregnancy is fraught with stereotypes that can add to the frustration of landing a job in any market. A recent study addressed some of these pregnancy-related stereotypes to see if there’s a way to minimize the negative impact pregnancy may have during the hunt for new employment.

The study, conducted by researchers at Rice University in Houston, Texas, explored four stereotypes associated with pregnancy in the hope of finding ways to overcome them. The stereotypes were evaluated through three perspectives.

The applicants applied for retail positions where jobs were openly available at 161 different retail stores in three malls in a major metropolitan area. The study explored how often a pregnant applicant was allowed to complete an application and what kinds of interpersonal discrimination, if any, was shown toward the applicant. Discriminatory behaviors of the interviewers included:

Whitney Botsford Morgan, lead author of the study’s findings, says discrimination toward pregnant job applicants is no secret but applicant behaviors during the interview process can help overcome it. “Statements that refute stereotypes about being inflexible and lacking commitment are particularly effective,” according to Morgan.

For best results, the pregnant job applicant is advised to acknowledge these stereotypes and confront them immediately when the interview process begins.

The September 2013 issue of the Journal of Applied Psychology carries full details of the study.