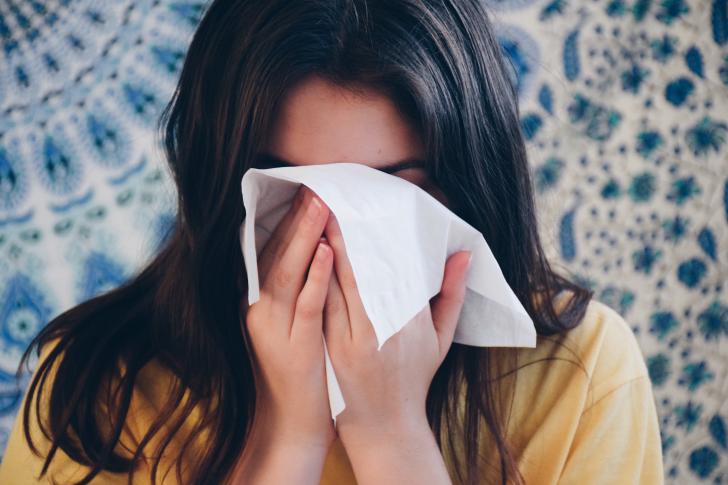 Flu season comes with aches, pains, fatigue, sniffles, coughing, and lots of questions. One question that can be answered quickly and easily is: how important it is to get vaccinated? Everyone over 6 months of age should be vaccinated. This is even more true for people at risk, and especially for pregnant women who are more likely to get sick and die if they get the flu.  Every single major organization such as the CDC and ACOG recommends that all pregnant women receive the flu vaccine.

If you are pregnant (or if you are at risk) you should get vaccinated as soon as possible. Pregnant women comprise one of the risk groups at greater danger for pregnancy complications and more likely to get sick when the flu bug comes around.

What is the flu vaccine?

The vaccine contains dead or weakened strains of three or four different flu viruses. When these harmless forms of the virus called "antigens" enter the bloodstream, the body’s immune system kicks into high gear to produce antibodies that attack and destroy the influenza viruses. These conquered flu viruses leave a lasting memory in the immune system, meaning any time in the future these same viruses are encountered again, the immune system will attack them, too, leaving the person free of infection.

Why are there three or four viruses in the vaccine?

Influenza is a very serious illness, so serious that it’s constantly monitored by 130 influenza centers in 101 countries around the globe. Flu infection sweeps around the world in waves. There are hundreds of different strains of the virus but not all of them cause problems at the same time. By constantly monitoring which strains of the virus are infecting people in one area and watching it spread further, scientists can determine which strains are most likely to infect a given population, such as the United States. The virus can mutate as it travels so each flu vaccine carries three strains to ensure most effective immunization should any genetic changes in the virus occur along the way.

Is one vaccine good enough for several years or longer?

No. Each year, different strains of the virus cause illness. Constant medical surveillance identifies which strains cause illness this year. When a certain strain causes illness in China, Japan, and other parts of Eastern Asia, for example, it’s possible to track it as it spreads globally. In the US, news coverage often mentions flu outbreaks in Eastern Asia much more often than elsewhere. That’s because the influenza virus there now will likely be the viral strain that affects the US in the following flu season.

By mid-winter, it’s possible to determine exactly which strains are most likely to cause illness in the US during the following flu season (roughly October through May). Genetic mutation and environmental influences make each flu strain different from year to year. Sometimes mutations occur as the virus travels the globe, making the strain that reaches the US a little different from the strain that left Asia months earlier.

Why do some people get sick after getting the flu vaccine?

From there, the US Food and Drug Administration (FDA) decides which three strains will be included in the vaccine for the following flu season in the US. A supply of each virus is cultured (grown) from samples collected in Asian labs as flu outbreaks occurred there. These cultured samples become the basis for the flu vaccines that will be administered in the US.

It takes a good six months to culture enough of the targeted virus to produce the millions of doses of flu vaccine that will be administered during the upcoming flu season. Culture of the viruses in this year’s flu vaccine started last winter. During this winter, medical laboratories will begin to culture the viral strains that will go into next year’s flu vaccine.

During manufacture time, the traveling flu virus may experience genetic change. Most of these changes are so minor as to be insignificant, but some changes are enough to alter the effectiveness of the vaccines in production. Any genetic mutations are usually isolated to just one virus strain, not all three used in the vaccine. This is another reason three viral strains are included in every vaccine instead of just one. Think of it as better protection from an umbrella, raincoat, and boots rather than just boots.

Sometimes the viral mutation is big enough to reduce effectiveness in the vaccine and some people will get sick. In this case, the illness usually affects a very small percentage of the population, with people in risk groups being the most susceptible. Pregnant women are a risk group, regardless of their health or fitness level before pregnancy.

Also, once vaccinated, it takes a couple of weeks for a person’s immune system to build full strength immunity against the virus. This is true regardless of any genetic mutation that might have occurred in the virus as it spread around the world. If a person is exposed to the flu virus in the first weeks after immunization but before full immunity develops, illness can occur. This is one reason it is vitally important for every pregnant woman to get vaccinated as early as possible during flu season, even when no evidence of the flu is yet apparent in the community in which she lives.

I don’t like shots. Can I take the nasal spray vaccine?

No, not if you are pregnant. The flu shot vaccine contains viral cultures that are “inactivated”; they’re dead and completely harmless, and cannot cause illness. The presence of the dead virus is enough to activate the immune system in most healthy individuals.

The viral strains in the nasal spray vaccine are not dead but “attenuated,” or weakened enough that it’s highly unlikely to cause illness in an otherwise healthy individual. Influenza in a pregnant woman can seriously jeopardize the health of the pregnancy and baby. It will probably make her much sicker than she’d get if she got the flu while not pregnant.

For these reasons, the nasal spray is not recommended for pregnant women. There is too much risk of infection in the nasal spray vaccine for it to be administered during pregnancy.

Is the flu shot safe for every pregnant woman?

It is safe for almost all pregnant women but not every single one of them. Eggs are used in the manufacturing process. The viral strains are grown in a protein-based substance that contains eggs. If a pregnant woman has a history of allergy to eggs, she might experience an allergic reaction. Pregnant women who are allergic to eggs must consult their physicians before getting a flu shot. It is advised to discuss the safety of getting a flu shot if an egg allergy runs in either mom or dad's family. Only a physician can assess the risk of an allergic reaction on a case-by-case basis.

The flu is miserable and can produce serious complications in a pregnant woman, to her pregnancy and child. The flu shot is mystifying but it is highly effective in preventing the flu. It is one of the simplest and most important things a woman can do to protect herself, her pregnancy, and her baby during every flu season.