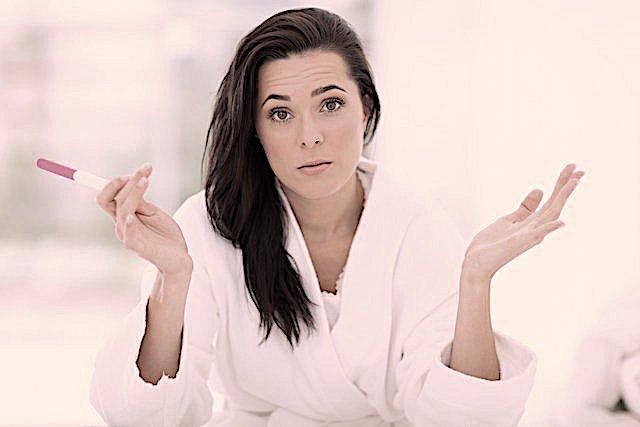 Q: I took two different pregnancy tests and got two different results. The first was positive, and then in the afternoon it was negative. How can that be? What happened?

A: Getting two different results on a urine pregnancy test is not as uncommon as one would think. This somewhat strange situation can happen when you test very early in pregnancy, and when the hCG levels in the urine fluctuates depending on how diluted the urine is. It also depens on whether you did the test with the same or a different brand of pregnancy tests. Different brands have different qualities and sensitivity levels.

The farther along you get in your pregnancy the more hCG your body makes, but you need enough of it in the urine to get a positive result.

Different brands could have different sensitivity levels, for example one brand only needs a urine hCG level of 20 or 25 mIU/cc to show a positive test, while at the same time, another brand will need 50 mIU/cc hCG to be positive. That could explain why on one test is positive and the other test is negative.

If you get a positive result followed by a negative result then another possibility could be that you were pregnant but then there was a miscarriage (missed abortion) where the hCG instead of increasing has decreased.

If you get a confusing result with urine pregnacy tests, then doing a blood hCG level will provide you with the best result.  Otherwise, wait a couple of days and repeat the urine pregnancy hCG test to  give you a clearer answer.