What is a Biophysical Profile Score? 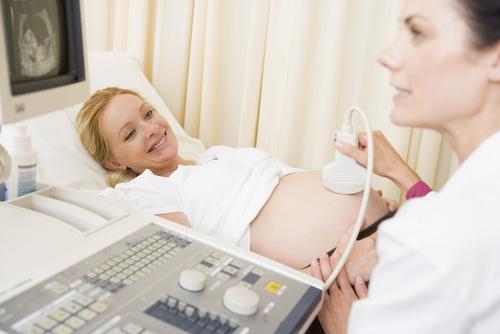 What is a biophysical profile (BPP)?

The biophysical profile (BPP) combines a nonstress test (NST), with an ultrasound examination checking for four different parameters. Each of the 4 ultrasound parameters plus the non-stress test gives a score between 0 and 2, and are added up for a total maximum score of 10.

The interpretation of the BPP score depends on the clinical situation. In general, a score of 8 or 10 is considered normal, while a score below 8 usually requires further evaluation or delivery of the baby, though some individual scores may be more important than others.

Several decades ago, in the dark ages of obstetrics, the only tools doctors had to check the fetus during pregnancy was to measure the size of the uterus and listen to the fetal heart beat.

In the late 1960’s and early 1970’s, doctors discovered that changes in the fetal heart rate could predict certain problems and electronic fetal heart rate is now widely utilized to monitor the fetus in pregnancy.

The nonstress test (NST) has mostly replaced the contraction stress test (CST), also known as the stress test, which in the late 1970’s was one of the first fetal monitoring tests to check the fetus before labor. The NST requires placement of a fetal monitor on the mother’s abdomen and interpretation of the fetal heart rate’s response to fetal movements. It generally takes only 20-30 minutes and does not require hospital admission or an IV.

The interpretation of the NST alone can sometimes be misleading, because of an increase in “false-positive” tests. Oftentimes even though there are no problems with the baby, the NST is abnormal and it’s difficult to decide what to do next.

The biophysical profile (BPP) decreases the number of false positive tests by combining the NST with an ultrasound examination. The BPP takes about 20-60 minutes and like the NST, the BPP can be done as an outpatient. No IV is needed, but it requires an ultrasound machine and it can usually only be done by personnel trained in the procedure.

INDICATIONS FOR A BIOPHYSICAL PROFILE

Read More:
When To Take A Pregnancy Test
Why Am I Not Ovulating?
When Am I Most Fertile?
Pregnancy Symptoms: Early Signs You May Be Pregnant